Chrissie Hynde is a famous American singer-songwriter and musician who is the founding member of the rock band The Pretenders. She is currently single.

Chrissie Hynde is currently single. Previously, she was married to Jim Kerr and welcomed a daughter baned Yasmin Paris Kerr on March 25, 1985, but the couple divorced in 190. Also, she has a daughter named Ray Hynde born in January 1983 from her ex-boyfriend Ray Davies.

After her first marriage, she married Lucho Brieva on July 10, 1997, and also got divorced in 2002. After that, she has not been linked with any other person. 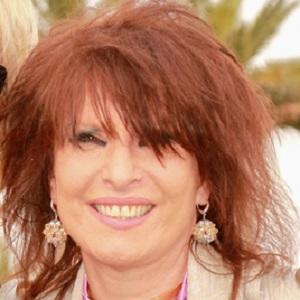 I'm not a complete moron like most musicians whom I've met.

A ballad once in a while doesn't go amiss.

I have no sense of patriotism, but I do have a sense of community.

Who is Chrissie Hynde?

Chrissie Hynde is a famous American singer-songwriter and musician who is the founding member of the rock band The Pretenders.

She was born on September 7, 1951, in Akron, Ohio, USA. Her birth name is Christine Ellen Hynde and she is currently 67 years old. Her mother’s name is Melville Grant Hynde and her father’s name is Dolores Hynde. Hynde’s father worked as a manager at Yellow Pages and as a part-time secretary. Also, she has got a brother named Terry Hynde.

Chrissie holds American citizenship but her ethnicity is a mix of Welsh, Scottish, English, distant Irish, and German.

She joined Firestone High School that was the local school in Akron. As she was interested in music, she joined Kent State University which was an Art School.

She moved to London in 1973 and landed a job in an architectural firm but left after eight months. Later she got a job at Malcolm McLaren and Vivienne Westwood’s clothing store, ‘SEX’.

In 1976, she moved back to France and tries to form a band but did not work out. She moved to London and placed her as a guitarist in Masters of the Backside but she was asked to leave the group.

Chrissie Hynde made her demo tape in 1978 and gave it to Dave Hill. She formed a band named Pretenders with Pete Farndon, James Honeyman-Scott and Martin Chambers. The band performed their first gig at a club in Paris and released the singe in January 1979 and hot No.33 in the UK.

Two members of the band died in 1982 because of drug-related incidents. But, she continues her career with the band using various lineups throughout the 1980s and 1990s.

Furthermore, she released an autobiography titled ‘Reckless: My Life as a Pretender’ on September 8, 2015. In addition, she opened The VegiTerranean, a vegan restaurant in Akron, Ohio in November 2007 which served fusion Italian–Mediterranean food.

It seems Chrissie has not been awarded and nominated for her work to date.

She has an estimated net worth of around $15 million as of 2022, and she has earned that sum of money from her professional career.

Chrissie Hynde has a height of 5 ft. 8 inches and weighs 58 kg. She has blue eyes with natural black hair but sometimes colors her hair. But, other information regarding her body measurement, shoe size, dress size, etc. are not available.