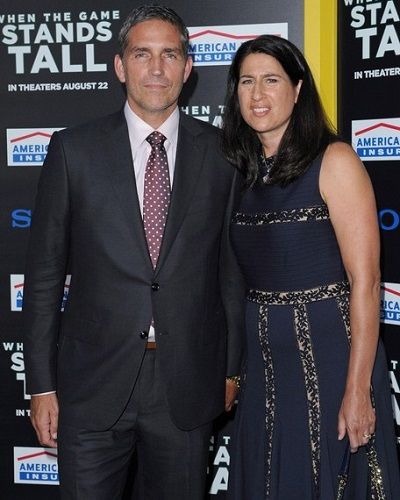 Passion of the Christ actor, Jim Caviezel is married to Kerri Browitt Caviezel from more than two decades. The couple tied the knot on July 20, 1996. His wife, Kerri is a Western Washington University and an English teacher and flutist in a high school.

The couple is parents of three children: David Caviezel, Bo Caviezel, Lyn Elizabeth Caviezel. All the three children are not the couple’s biological children but they share a great bonding.

Jim Caviezel is married to Kerri Caviezel’s relationship and children

51-year-old Jim and Kerri met for the first time via a blind date. Their blind date was set by Jim’s sister in the year 1993. The couple had a good friendship in their first date itself and they started meeting often.

Their love certainly was ‘love at first sight’ and fell in love with each other. And the couple tied the knot at the Immaculate Conception Church in Roslynn, Washington on 20th July 1996.

Talking about their children, the couple did not have biological children but then decided to adopt one. They adopted the children from China, two sons, and one daughter.

Their two children, David, and Bo were fit and healthy while adoption but their child, Lyn had a brain tumor when they adopted him. The couple says that adoption is like the blessing from God,

“The joy that we have from this child, he’s like our own…” 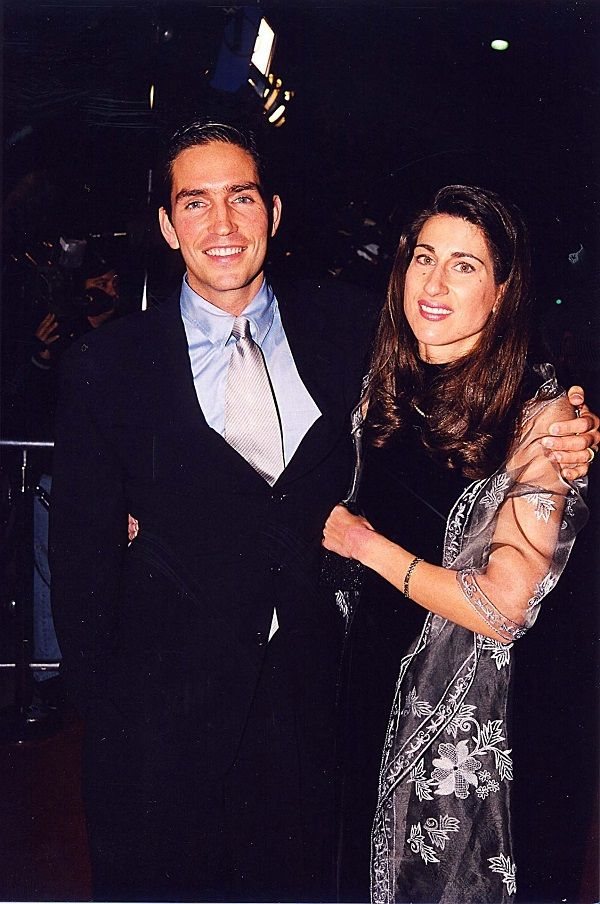 About Jim’s Childhood and Parents

Jim’s father’s name is James Patrick Caviezel and mother’s name is Margaret. His dad is a chiropractor of Slovak and Swiss descent while his mother is a former stage actress and she is of Irish descent. He has four siblings: Timothy(brother), Ann(sister), Amy(sister), and Erin(sister). They were raised together in Conway, Washington.

Know about Jim’s Short Bio and Net Worth

Jim Caviezel was born on September 26, 1968, in Mount Vernon, Washington, United States. He attended Mount Vernon High School and graduated in the year 1985. After graduation, he shifted to Seattle, Washington and attended O’Dea High School.

Later, he went to John F. Kennedy Memorial High School and graduated in the year 1987. He then started gaining interest in the acting field and trained in drama. He started his acting career in the year 1991, with the movie, My Own Private Idaho after earning Screen Actors Guild.

After that, he did many movies like Diggstown, The Rock, G.I. Jane, I Am David for which he won the CAMIE Award in the year 2003. The other year i.e., 2004, he did The Passion of the Christ movie for which he won MovieGuide Grace Award. More bio…

Also read Married Gael Anderson is the wife of Andrew Lincoln, The Walking Dead actor. More about their relationship and Andrew’s Salary, Net worth, and Body Measurement

Kerri Browitt Caviezel is a British teacher. She is renowned as the wife of the famous actor, Jim Caviezel. He is famous for his role played as Jesus Christ in the movie, Passion of the Christ. More bio…

South Korean actor and singer Kim Joon and his revelation! He is now a husband and proud father!
Tags : Actor English teacher Flutist