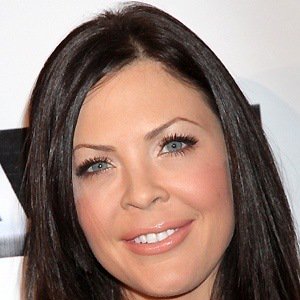 I love doing the fight stuff. It's the best.

I definitely have a fear of spiders. Don't we want to embrace our fears?

I was a swimsuit model, and I got bored. Acting was challenging. It was very hard and intimidating. We choose to do things in life sometimes that scare the crap outta us. Performing in front of people was my challenge.

Christa Campbell is currently single. She has not been linked with any other person and she is enjoying her single life. Also, she is focusing more on her career and she might be searching for the perfect one.

Who is Christa Campbell?

Christa Campbell is a well recognized American actress and producer. She is best known for her roles in ‘2001 Maniacs’, ‘Lonely Hearts’, ‘Cleaner’, ‘Lies & Illusions’, ‘The Mechanic’, Drive Angry’, ‘The Big Wedding’, and ‘The Iceman’.

She was born on December 7, 1972, in Oakland, California, U.S.A. Christa is currently 46 years old. She has not disclosed any information regarding her childhood, parents, and siblings.

Talking about Christa education history, she has graduated from Rancho Cotate High School.

Christa Campbell along with Lati Grobman founded Campbell-Grobman Films and the productions have produced sevens including ‘Texas’, Chainsaw 3D’, and ‘The Iceman’. Also, she hosted the show ‘The X Show’ in 2000, and as herself in ‘’Heckler’ in 2007.

Her notable television roles include as Sara in ‘All That’, Tina in ‘Sabrina, the Teenage Witch’ in 2002, Blonde/Elizabeth Show in ‘Family Guy’ in 2007, and as Teresa Darnell in ‘Leverage’ in 2012.

She along with her partner Lati Grobman were nominated for 2 Emmy and Oscar for their work on ‘Winter on Fire Film’. Also, she won a Saturn Award in 2007.

The multitalented actress must have earned a decent amount of money from her career. Her net worth is estimated at around $2 million. But she has not disclosed any information regarding her salary and income.

There was a rumor that she was dating actor Seth MacFarlane a few years back but their relationship was never confirmed.