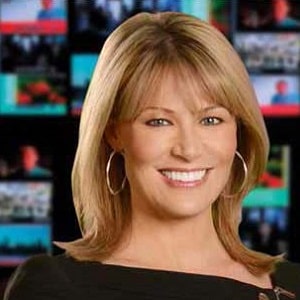 Who is Christa Delcamp?

Christa Delcamp is an American news reporter who is currently associated with NBC10. She is also widely recognized for being the former anchor of News Daily on News Channel WHDH TV.

She was born on September 19, 1968, in Fort Huachuca, Arizona, USA. She is currently 50 years old. Christa has not disclosed any information regarding her parents and siblings.

She loves cycling and cooking. Christa holds American citizenship but her ethnicity is unknown.

She graduated from high school and joined Atlantic Union College based in South Lancaster, Massachusetts and earned her cum-laude from there.

Christa Delcamp began her career as an anchor and reporter in WESCO-AM/ WQVR-FM. She worked there for several years and joined WGMC-TV. She started serving them as its reporter and producer. During her time at WGMC-Tv, she met anchor Rob Morrison, who is currently working on probation for domestic violence.

In addition, she also worked at WBNG-TV and WJZ-TV. She joined 7News Channel in 2003 and worked alongside Sade Baderinwa. Liz Cho, and Rob Nelson. It was announced that she would leave Channel 7 after the finish of 14 years contract and on February 19, 2018, it was announced that she would join NBC10 Boston in its morning news team. She is currently working with anchors Willie Geist and Dylan Dreyer in NBC10.

Talking about awards and nominations she has been nominated twice for Emmy Awards for her Outstanding anchoring skills.

She has an estimated net worth of around $4 million and she has earned that sum of money from journalism career.

There was a rumor that she may be headed to WBTS-LD(also known as NBC Boston 10) and the rumor has been cleared as she is currently working in NBC10.

She has a height of 5 ft. 2 inches but her weight is unknown. Christa has brown eyes and blonde hair which has attracted the hearts of millions of her fans. Her body measurement is 34-23-34 inches.