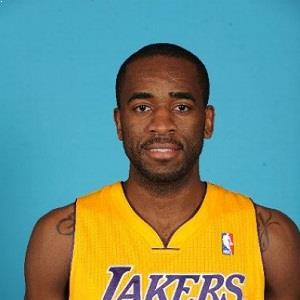 Reflecting on a personal life of Christian Eyenga, he is in a relationship. He is dating Boity Thulo. She is a television personality.

Both have not confirmed their relationship with media. But they revealed about their affair via their social media handle, Instagram.

The couple is in no mood to talk about their affair in media but they are enjoying their life with each other.

Who is Christian Eyenga?

Tall and handsome Christian Eyenga is a well-known professional Congolese basketball player. He is best known as a player from Pallacanestro Varese of the Italian Series A wearing a jersey number 31. He plays from shooting guard as well as small forward position.

Professional Congolese basketball player Christian Eyenga was born on 22 June 1989, and raised in Kinshasa, Congo. He is of African and Congolese ethnicity having Congolese nationality.

His birth name is Christian Eyenga Moenge. His mother’s name is Gisele Kapinga and father’s name is Gaspar Eyenga. He has a brother named Khomedy Eyenga.

He hasn’t much revealed about his personal life and his education.

Christian Eyenga he has been active in the professional basketball game since 2006 and he is still engaged in it.  He started playing basketball professionally before being selected by Cleveland Cavaliers in the 2009 NBA draft. He has played from Onatra Kinshasa and DKV Joventut before 2010 NBA draft.

On 23 July 2010, he signed a two-year contract with the Cavaliers for $2 million. After signing a contract he was sent to the Erie BayHawks which was the Cavaliers NBA Development League. Then he made his debut from the Cavaliers against Dallas Mavericks scoring 4 points and 3 rebounds on 2 January. During the 2011 NBA lockout in October 2011, he signed to play for Joventut Badalona in Spain. On 15 March 2012, he was traded to Los Angeles Lakers but soon he was traded to Orlando Magic on 10 August 2012.

In order to play in China, he was released by the Legends and again re-joined returning back from China. In China, he played from the Shanxi Zhongyu. On 25 July 2013, he moved to Poland to sign with Stelmet Zielona Gora and again in September 2014, he signed with another Polish team Turow Zgorzelec. On 12 November 2014, he signed one season contract with Pallacanestro Varese of the Italian Series A team. On 10 July 2015, he signed with Dinamo Sassari for 2015-16 seasons and signed with Auxilium CUS Torino for rest of the season.On 16 August 2016, he again signed with the Varese for the 2016-17 seasons.

Christian Eyenga: Salary and Net Worth

. His success in career path has paid him well financially. His net worth varies depending on the source so for now, we can say that his net worth has grown significantly.


Christian has the height of 6 feet 6 inches. His body weighs 95kg. He has black hair and black eyes.