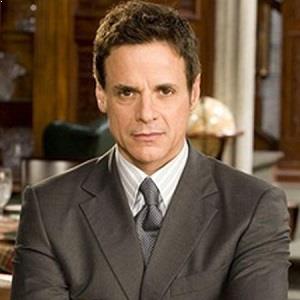 Christian LeBlanc has not revealed much regarding his personal life. At present, there is no list of his past and present relationships.

His sexuality has often been questioned due to the lack of relationships in his career. At present, he is believed to be single.

Who is Christian LeBlanc?

Christian LeBlanc is an American actor and filmmaker. People mostly recognize him for his role as Michael Baldwin on ‘The Young and the Restless’.

LeBlanc was born in New Orleans, Louisiana on August 25, 1958, as the son of Andre Victor LeBlanc. He always wanted to become an actor since his childhood years. Christian was brought up in Canada.

He is of American nationality. Furthermore, he belongs to a mixed ethnic background of Cajun/French, English, and possibly German.

Talking about his education, LeBlanc graduated from Tulane University.

He majored in ancient history and pre-med. Previously, he graduated from Jesuit High School, on Banks Street in New Orleans.

LeBlanc initially appeared in the TV series ‘Riptide’ in 1986. In the same year, he also appeared in another TV series ‘Hotel’. The following year, he portrayed the rope of an assistant in ‘Cheers’.

Similarly, he also portrayed the role of Patrolman Junior Abernathy / Officer Junior Abernathy in the TV series ‘In the Heat of the Night’. Since then, he has appeared in numerous other movies and television series. All in all, he has over 20 credits as an actor.

Some other movies and television series that LeBlanc has appeared in are ‘Venice the Series’, ‘The Stafford Project’, ‘Grave Secrets’, ‘Fumbling Thru the Pieces’, ‘The Grove’, ‘ACME Hollywood Dream Role’, ‘Guiding Light’, ‘The Essence of Depp’, ‘As the World Turns’, ‘The Disturbance at Dinner’, ‘Seeds of Tragedy’ and ‘Monsters’ among others.  Additionally, he also has a credit for a soundtrack.

LeBlanc has not revealed his current salary. Furthermore, there are no details about his estimated net worth at present.

There is a rumor surrounding LeBlanc which suggests that he is gay. However, the actor himself has not spoken regarding the matter. Furthermore, he has not been part of any notable controversies to date.

Talking about his body measurement, Christian LeBlanc has a height of 5 feet 10 inches (1.78 m) and weight is unknown. Furthermore, his hair color and eye color is dark brown. He wears a shoe size of 5.5(US).

Tags : American Actor Guiding Light The Young and the Restless