Till the date, the couple has not shared any details on their wedding date and relationships. The couple is blessed with two children including a daughter, Amor Monzon, and a son, Xander Amar.

Previously, he was in a relationship with the singer, Mariah Carey. They started dating in 2005 and broke up in 2006. 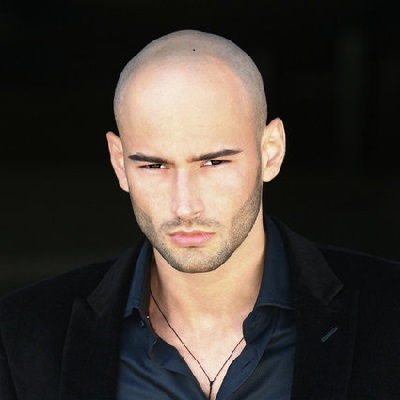 Who is Christian Monzon?

Next, he will appear in the series, The Brokers as Peter. Currently, the series is in a stage of post-production.

Christian Monzon was born on the 23rd of May 1977 in Burbank, California to Guadalupe Alcaraz and Pedro Monzon. His birth name is Christian Gabriel Monzon. He is of Spanish ethnicity with Mexican roots.

Till three years old, he grew in Guadalajara, Mexico. Later, he moved to Los Angeles along with his mother. At the time, he lost his father, Pedro. After that, he spent a major part of his childhood in Los Angeles. He has a sister.

Talking about his educational background, he graduated from the Canoga Park High School in Los Angeles. During High School, he excelled in athletes too. As he came from an underprivileged family attending college was quite difficult for him.

However, he received an athletic scholarship to attend college. His dreams were cut short as he suffered from a knee injury. Due to this reason, he had reconstructive knee surgery. At the time, he was scouted by a modeling agent.

In 1997, Christian Monzon started his modeling career with the International Modeling and Talent Association (IMTA). Associated with the organization, he attracted several modeling agencies. Among them, NEXT Model Management in Los Angeles was also one of them.

Moving forwards, he signed a two-year contract with Bleu Models. Ever since he is with the modeling agency. As a model, he has walked in several fashion circuits in the cities Milan, Paris, and New York. Apart from that, he worked with various advertising campaigns including Perry Ellis, H&M, GAP, Phat Farm, and Dolce & Gabbana.

Besides that, he walked for designers like Domenico Dolce and Steffano Gabbana. Walking for such designers in Milan Fashion Weeks led him to his career peak as a model.

In 2001, Dolce & Gabbana signed him to represent the underwear of the company. Moving forward, he led one of three fragrance campaigns i.e Classic Perfume for men.

Also, he has worked with the best models in the world. That includes supermodels like Gisele Bundchen, Naomi Campbell, and Fernanda Tavares.

After a successful career as a model, he explored his career as a theater artist. In the initial days, he joined the Carter Thor Studio in Los Angeles. At the studio, he learned the skill of storytelling and acting which happens to be one of the strong points of his personality.

In 2003, he debuted on TV with the series, Law & Order as Johnny. The same year, he made his movie debut with Honey. In the movie, he appeared in a minor role as Bar Customer. Moving forward, he appeared in the short movies including H-Detector, Online, and Gideon Falls.

Moving forward, he featured the movies including 5th Street, An American in Hollywood, Skin in the Game, and Captured.

In 2002, he established the production house, Wyandotte St. Productions. In 2006, he made his debut as a producer with the short, Online.

In 2010, he produced the video, Enter the Naked Man as an executive producer. Later, he was associated with the projects like 5th Street, Isn’t, and Dutch Book as a producer.

As of now, he has managed to maintain his dignity as an actor and model. To date, he has not been involved in any sort of controversy and scandals that created headlines in the media.

Besides that, he has remained far from any type of rumors too.

Christian Monzon has black eyes with clean-shaven hair. He stands at a height of 6 feet 2 inches and weighs around 81 kg. Also, he wears shoes of size 12 (US).

You may also read the bio of Laina Rose Thyfault, Max Sebrechts, and Oliver James.