Christina Cox is a film and television actress from Canada. She is married to an NFL wide receiver, Grant Mattos. The couple together shared a daughter named Flynn Mattos.

Christina Cox is living a blissful conjugal life. She is married to an NFL wide receiver, Grant Mattos. At present, Grant has played for San Diego Chargers, Denver Broncos, and Tennessee Titans.

On October 1, 2010, the duo tied the wedding knot, soon after Grant’s return from competing on Survivor: Redemption Island.

The couple together shared a daughter named Flynn Mattos who was born on December 30, 2013. 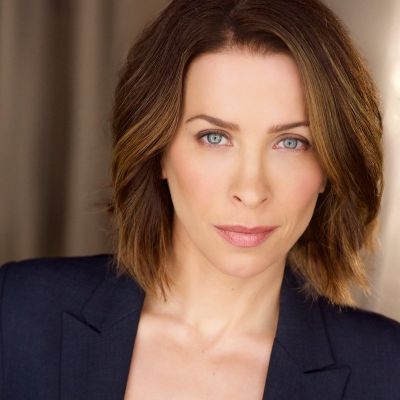 Who is Christina Cox?

Christina Cox is a film and television actress from Canada. She is also a stuntwoman. Christina rose to fame for her prominent role in F/X: The Series, Blood Ties, and Defying Gravity.

Christina was born in Toronto, Ontario, Canada, on the 31st of July 1971. As of 2022, she is 50 years old. She holds Canadian nationality and her ethnicity is Caribbean (Jamaican).

The actress hasn’t yet disclosed her parent’s identity in the media. Her father is an automotive executive by profession. She has two older sisters named Tracey Cox and Melissa Cox.

Christina made her first role in the television series, Forever Knight as Jeanne d’Arc. In 1994, she guest-starred in an episode  “Free Willie”, “Vault” of Due South where she portrayed the role of Caroline Morgan. The same year. she got a role in a big-screen film, Spike of Love.

She has also appeared in several national theater productions such as Shakespeare’s Twelfth Night and Jim Cartwright’s Road. From 1996 to 1998, she was cast in the lead role of Angela ‘Angie’ Ramirez in the television series F/X: The Series, based on the film F/X.

Christina hasn’t won any awards to date. However, he has been nominated for Gemini Awards in the category of Best Performance by an Actress in F/X: The Series in 1998.

Christina has managed to maintain a clean profile to date. She hasn’t been part of any sorts of rumors and controversy that could hamper her personal and professional life.

Christina might have earned an impressive amount of wealth throughout her successful career. However, she hasn’t revealed her exact net worth, salary, and other earnings to the media.

Further, her dress size is 4 (US). She has a green pair of eyes and her hair color is blonde.