Christina Kirk is an actress. She is renowned as Carol of Taking Woodstock, Madeleine of D.E.B.S, and Jennifer of Melinda and Melinda.

Christina Kirk is married to John Hamburg. Her husband is a screenwriter, director, and producer.

The couple exchanged vows on the 24th of September 2005. Till date, the couple is leading a happy married life with each other with no rumors of separation. 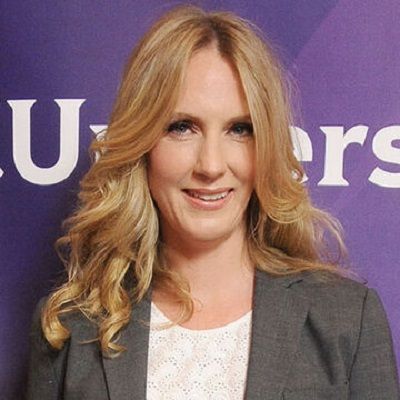 Who is Christina Kirk?

Christina Kirk is an actress. She is renowned as Carol of Taking Woodstock, Madeleine of D.E.B.S, and Jennifer of Melinda and Melinda.

Last, in 2020, she appeared in the series, Corporate as Taylor. Next, she will be appearing in the TV Movie Compliance as Crystal.

Christina Kirk was born on the 10th of November 1970 in Manhattan, New York City, U.S. She is of Scottish-British ethnicity.

Till date, she has not shared any details on her family background including her mother, father, and siblings.

Talking about her educational background, she is an alumna of Brown University, Providence, Rhode Island.

In the late ’90s, Christina Kirk stepped into the entertainment industry. In 1998, she made her acting debut with the short, The Kinsey 3 as Fiona. The same year, she featured the movie, safe Men as Hannah.

Through the movie, she made her first impression in the industry. Following that, she appeared in movies like Final. Bug, and Duplex. On the other, she also became popular for her appearances in the short movies too. Such shorts includes Two Point Five, The Failure of Pamela Salt, and Passengers.

In 2009, she appeared in the movie, Taking Woodstock. In the comedy-biography-drama, she portrayed the character of Carol.

The character in the movie became one of the milestones in her acting career. The movie earned a profit of $20 million with the box office collection of $20 million.

Apart from the movies, she also happens to be famous for her TV appearances too. Some of her series along with the year and her character is-

Talking about net worth, her husband, John Hamburg has an estimated net worth of $16 million. As an actor, his earnings are in the range of $71k or above.

Christina Kirk has blue eyes with blonde hair. She has a decent height and an average weight. However, details on her other body stats are not available.

Till date, she has not been the center of any sort of controversy and scandals that created a buzz in the media. Besides that, she has managed to maintain a distance from any kind of rumor.

You may also read the bio of Jillian Shea Spaeder, Je, nnifer Veal, and Barbara Moore.