Skip to content
Married Biography
Married Biography / Entertainment / Is Christina Milian married to Matt Pokora? Know about their children, plan to have new child, family time in pandemic, net worth 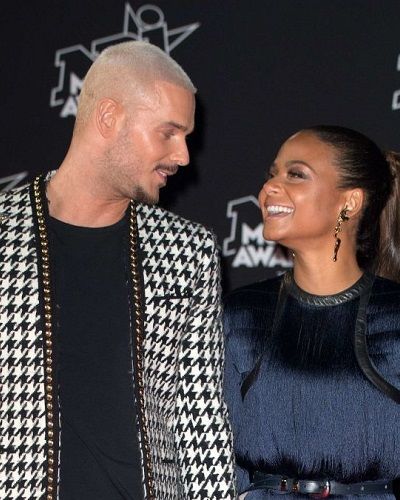 Christina Milian is dating Matt Pokora since August 2017. Christina and Matt have not married or gotten engaged yet. There were some rumors that the couple has gotten engaged but they denied the rumors.

Their engagement rumors came after Milian was spotted wearing a huge diamond ring. She was wearing a huge dark-colored rock on her wedding finger during a day out in Paris with Matt.

Christina met Matt at a restaurant in France when the manager of the restaurant suggested they talk as both of them are musicians. Milian was skeptical about the suggestion until she caught a glimpse of his handsome looks.

“So we switched numbers, found out we had the same birthday that night, and it was like the stars aligned.”

It felt like fate to Milian when Pokora said that they would welcome a child together in the future. They made their first red carpet debut at the 2017 NRJ Music Awards in France. In August 2018, some months after dating Christina moved to L.A. from France to be around Matt.

“We have the best time together. I could spend every day with him, every moment. It’s been cool! We just have a good time. I’m really happy with the type of person I’m with. He’s honest, and we have a really great relationship. This is different than anything I’ve ever experienced and I’m really happy that the universe brought us together,”

In July 2019, Christina Milian revealed that she is expecting her first child with Matt Pokora. She posted a picture of them holding her ultrasound picture revealing the pregnancy.

Their baby was set to arrive in 2020. Similarly, the couple revealed that they were going to have a baby boy with a huge celebration of the gender reveal.

They revealed a gender-popping blue color smoke stick. They welcomed their first child on 20th January 2020.

Likewise, they name their son Isaiah. Christina has a daughter Violet from her previous marriage with the rapper The Dream.

The couple might have more children soon as Christina revealed,

“This is his first child and he’s just in love. He’s ready to make more. I’m like, ‘Hold on, my body’s not ready! I just want to enjoy this moment!”

Christina Milian on staying at home during a pandemic

Christina Milian had quarantine in the home along with her family during this Covid-19 pandemic. She finds it a blessing as she was able to spend quality time with her newborn child.

However, she found her daughter Violet’s schoolwork challenging. She had one-on-one time with her family and navigated her daughter’s homeschooling.

How much is her net worth?

Christina Milian has an estimated net worth of $6 million. In the year 2010, she signed to be the manager of the Australian music duo Kasey Osborne and Kelsey-Maree.

Her other business ventures include the brand Viva Diva Wines. Similarly, she co-owns the beignet food truck Beignet Box with Elizabeth Morris.

Her film work includes The Wood, American Pie, Love Don’t Cost a Thing, Man of the House, Ghosts of Girlfriends Past, Christmas Cupid, Baggage Claim, Falling In Love, and more.

She purchased a house in Woodland Hills, California in May 2004 for $1.165 million. It consists of 5 bedrooms and 5 bathrooms. Christina and her boyfriend Matt have a house in San Fernando Valley.

Christina Milian is an American singer, songwriter, and actress. She is well-known for her lead role in the 2003 teen comedy film Love Don’t Cost a Thing. Similarly, she is also popular for her second studio album, It’s About Time. She was named #30 on the Maxim magazine Hot 100 of 2005 list. Read more bio…