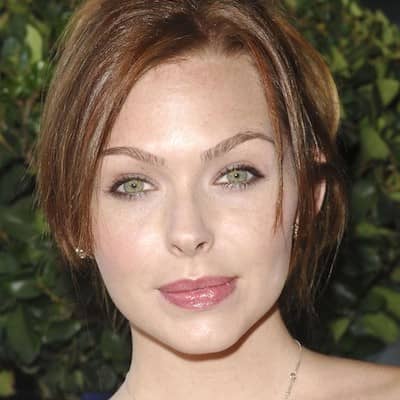 What is the current relationship status of Christina Murphy?

As Christina Murphy has not shared any details about her boyfriend, she is possibly single. Her current and past affairs are also unknown.

Who is Christina Murphy?

Christina Murphy is an American actress. Her appearances in Remembering Phil and Hyenas increased her popularity among the public.

In 2017, she was seen as a waitress in a romantic Bollywood movie, Jab Harry Met Sejal.

She was born as Christina Michelle Murphy on 01 Oct 1981 in Austin, Texas, USA. The name of her father and her mother name is not yet disclosed.

Christina’s ancestry is Caucasian and talking about her academics, she enrolled at the University of Texas.

From here, she graduated and studied Dance & Theatre.

Christina Murphy was first seen in a music video titled Goodbye Time. Her first acting was a character of a dancer in The New Guy (2002).

Then she has seen in a TV series Big Shots for an episode titled, The Good, the Bad, and the Really Ugly.

But her fame is associated with a 2008’s comedy film, Remembering Phil. In this, she portrayed the role of Debbie. She also appeared in a horror movie, Hyenas as Gina.

Her 2012’s TV series projects are Bitter Bartender, Call Time, and What Not to Do While Dating. Her other small screen roles were Friends with Better Lives (2014) as Blonde Woman and Ladies Night Singles (2103) as Summer.

As of 2022, her net worth is around 500k dollars which is predicated. However, her salary and other earnings are unknown.

This star actress is keeping herself away from rumors. She is also not surrounded by any desperate scandals.

Regarding Christina Murphy’s body features, her height is 5 ft 7 inches and her body weight is decent.

Moreover, her eyes are hazel plus she has light brown hair.