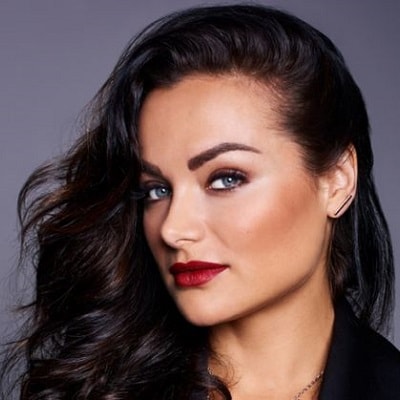 Previously, she dated Canadian-American actor Nathan Fillion in 2013 and also they had even gotten engaged by broke up after a year later.

Then, she dated American actor and model Derek Theler in July 2014 but the relationship too did not last and the couple broke up in January 2016.

Who is Christina Ochoa?

Christina Ochoa is a Spanish actress, writer, and science communicator. Christina is famous for her roles in TNT’s Animal Kingdom.

She also appeared as the lead for SyFy’s Blood Drive and The CW’s Valor.

Ochoa is the grand-niece of 1959 Nobel Prize winner Severo Ochoa. She has four siblings, three brothers, and a sister. She travels a lot between Miami, USA, and Madrid, Spain.

Later, she attended Universidad Nacional de Educacion a Distancia, (UNED), Madrid, Spain, but dropped out to focus on acting.

Ochoa is a member of the Los Angeles Committee for Science for Society. She worked as a commentator for the Intel Science and Engineering Fair (ISEF) in 2017. Ochoa also has been an active member of Mensa since 2009.

Her first role was as Gabriela in 2009’s Contá[email protected] and then she had guest appearances in I Hate My Teenage Daughter (2011), La que se avecina, Cats Dancing on Jupiter, and many more.

Furthermore, she had a recurring role in the Animal Kingdom (2016-2018) as Renn Randall. Likewise, she was a contestant on Naked and Afraid with Derek Theler.

Her other notable appearances include in ‘Modern Family’, Animal Kingdom’, ‘Blood Drive’, ‘Valor’, ‘A Million Little Things’, and many more.

She is also a writer, public speaker, science communicator, scuba diving, and a dancer.

In addition, she wrote several film pieces like ‘EI Imperial’, which is a Puerto Rican tabloid that was published in Vogue Edition in 2010.

She earns around $300k per year as a salary.

There is a rumor that she is dating British actor Ben Robson, who is also her co-star but the rumors were never addressed by neither party.