Christina Ricci is an American actress and producer. She is known for playing dark characters. She is a married woman and has one child.

Christina Ricci and Casper film co-star Devon Sawa dated for a couple of months in 1995. Ricci and actor Matthew Frauman were an item from November 1999 to 2001. Christina then dated actor Adam Goldberg for several years starting from 2003. They parted ways in April 2007.

Ricci and Chris Evans (famous as Captain America) were photographed arm-in-arm in 2007. They dated from May to September 2007. Christina then started dating Australian actor Kick Gurry in September 2007.

The duo dated together for about 6 months before calling it quits in March 2008. Ricci and American comedian and actor, Owen Benjamin dated in March 2008. After dating for a year, the couple engaged on March 12, 2009. They were engaged only for a couple of months and decided to separate in June 2009 for their benefit.

After splitting from Owen Benjamin, Christina started dating photographer Curtis Buchanan in October 2009. They remained together for more than one and a half years, before ending their relationship in May 2011.

Christina Ricci started dating James Heerdegen in June 2011. They met in 2011 during the filming of the TV series Pan Am. They engaged in October 2012 and married on October 26, 2013, in Manhattan.

The couple is expecting their first child, which was announced in May 2014. Thye welcomed their son and named him Freddie Heerdegen. Ricci filed for divorce after almost seven years of marriage on July 2, 2002.

Ricci and her boyfriend, hairstylist Mark Hampton, announced that she was pregnant with her second child in August 2021. Two months later, on October 9, Ricci announced her marriage to Hampton. 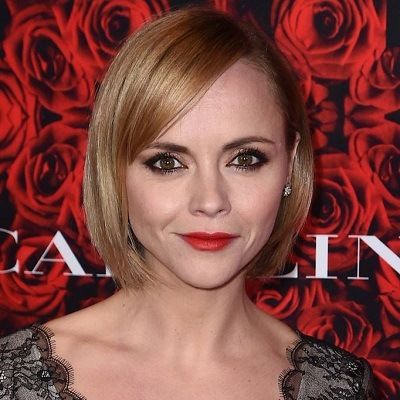 I spend a lot of time with my mother. When I'm doing movies, she's always with me. We spend days being bored in an apartment together waiting for someone to call and say I'm needed for a shot. Because we're together so much, we have to get along. We have to find ways to get to know each other. We've gone through a lot of stuff, you know, and I think we're pretty close.

I can be young and cute when I want to be, and I can be really mature when I want to be. It's kind of weird, like I'm the incredible changing girl, which is good because I can relate to adults and to people my age.

Who is Christina Ricci?

Christina Ricci is an American actress and producer.

Whereas, she is the recipient of several accolades, including a National Board of Review Award for Best Supporting Actress and a Satellite Award for Best Actress, as well as in Golden Globe, Primetime Emmy, Screen Actors Guild, and Independent Spirit Award nominations.

Christina Ricci was born in Santa Monica, California, the United States on February 12, 1980, and she is currently 42 years old.

Her father’s name is Ralph Ricci (lawyer and therapist) and her mother’s name is Sarah Ricci (real estate agent). Whereas, when she was a kid, her family moved to Montclaire, New Jersey.

Talking about Christina’s education history, she studied at Edgemont Elementary School, Glenfield Middle School, Montclair High School, and the Morristown-Beard School before leaving for the Professional Children’s School in New York. She never completed her schooling due to acting schedules.

She suffers from a botanophobia – a rare phobia in which persons fear plants and has admitted to being particularly afraid of house plants.

Talking about her profession, Christina Ricci was a natural actor and even without any training in acting, she started featuring in commercials from an early age of six. In the year 1990, she became an established child actor after her debut film ‘Mermaids’ and it paved the way for her to get more substantial roles in later movies.

Similarly, Christina Ricci became famous after she acted the part of ‘Wednesday Addams’, a precocious child in ‘The Addams Family’ 1991. Then, she followed up her success in a subsequent film ‘Addams Family Values’, released in 1993, and became something like a teen icon as well as a child actor who was in demand for films.

Whereas, her first role as an adult actor was in the movie ‘The Ice Storm’, in 1997, which reinforced her credentials as an actor though she portrayed a negative role. Besides that, she has done voice-overs for a number of films; the latest of them was the animated film ‘The Smurfs 2’ in 2013, in which he gave voice to the character of ‘Vexy’.

Christina Ricci won Best Actress for Sleepy Hollow (1999), Best Performance by a Younger Actor for Casper (1995) at Saturn Award, she won Best Celebrity Cameo for I Woke Up Early the Day I Died (1998) at B-Movie Award in 2000.

As of 2022, this actress has an estimated net worth of around $22 million and she has earned that sum of money from her professional career.

Similarly, she has appeared in an emergency contraception national commercial. Ricci is the spokesperson of Rape, Abuse & Incest National Network (RAINN).

There was a rumor that Christina and Johnny Deep are long-term friends, so a story of a potential romance between the two was always likely to spring up at some point.

However, Ricci put paid to any saucy stories when she told chat show host Jonathan Ross on his show that she and Depp couldn’t stop ‘cracking up’ laughing whilst filming steamy scenes together in the American TV program Pan Am.

Her hair color is dark brown and her eyes color is hazel. Furthermore, her dress size is 4 (US) and her shoe size is 6 (US).

Also get to know more about Wanda Sykes, Alexandra Hedison, and Emilio Estevez.