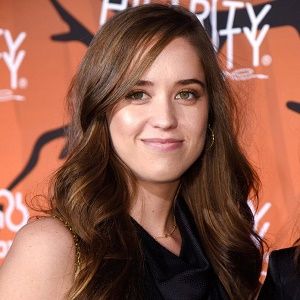 In our junior and senior year of college, I pretty much used it very frequently

You get a high from it, but in a completely different arena, it’s very helpful obviously for people to have ADD, who struggle with their attention span. It’s a very helpful drug for those types of people. And I think if they find it helpful if they’re able to take it on an as-needed basis or the way it was prescribed by your doctor without abusing, I think that’s totally fine

I was diagnosed I think when I was around five with ADD, as a majority of kids probably are, and then I started taking it in high school, ninth grade, for about a few months, and then I stopped taking it. Just because I didn’t like the side effects.

Christina Schwarzenegger is possibly single. She is not in a relationship with anyone currently. Also, if she is dating anyone, she has not revealed her affair.

As being a private person, she does not want to share in public her personal life.

Who is Christina Schwarzenegger?

Christina was born on 23rd July 1991, in Los Angeles, California, United States. Her ethnicity is mixed (Austrian, Irish, German, Scottish, English, Dutch, and French Huguenot) and her nationality is American.

Her mother’s name is Maria Shriver, an activist and her father’s name is Arnold Schwarzenegger, an actor, filmmaker, businessman, investor, author, philanthropist, activist, politician, and much more.

She has an elder sister Katherine Schwarzenegger and brothers, Joseph Baena, Patrick, and Christopher Schwarzenegger. Her grandparents are Sargent Shriver and Eunice Kennedy Shriver.

Schwarzenegger attended Georgetown University and graduated in the year 2013.

Christina Schwarzenegger is an American Television Actress & Television Producer. Her recent production is Netflix documentary Take Your Pills, which was out in March 2018. In October 2017, she has seen in the premiere Saban Films’ ‘Killing Gunther’ at TCL Chinese Theatre.

Being a star kid, actor, and producer, her net worth is estimated to be $4 million. Her salary is unknown.

Christina is a private person. She does not reveal much about her personal and professional life. Hence, her rumors and controversy are not available.

Christina Schwarzenegger’s hair color is golden brown and her eye color is green. Her height is 6 ft. 0 inches and weighs 59 kg. Her shoe size and dress size are unknown. Her body measurements are 34-27-37 inches.