The Big Bang Theory actor Christine Baranski is married and a mother of two.

Baranski was married to actor Matthew Cowles from October 15, 1983, after being in a relationship for some time.

Unfortunately, her husband died because of congestive heart failure on May 22, 2014. After more than 3 decades of marriage, she lost her husband. 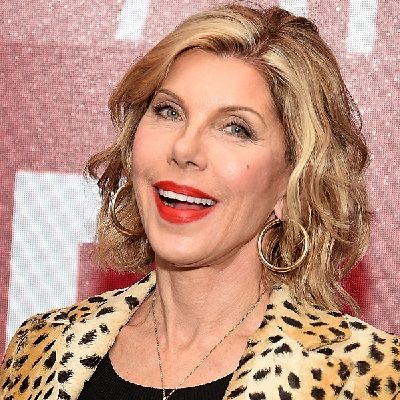 I'm a nice, happily married wife and mom and I live in Connecticut

I always say God should have given women one extra decade at least, especially if you want a family. You're trying to pack a lot in

Acting is like a high wire act. Your margin for error is very slim.

Who is Christine Baranski?

Christine Branski is an American actress, singer, and producer.

In addition, she is a 15-time Emmy Award nominee.

Also, she won the award once in 1995. She is famous for her roles as Diane Lockhart in the drama series, ‘The Good Wife’ and its spinoff series called ‘The Good Fight’.

Currently, she is 67 years old.

She is the daughter of her mother Virginia (née Mazurowski) and her father Lucien Baranski.

However, there is no information about his siblings. Branski is of White-American ethnicity. In addition, her nationality is American.

Baranski attended high school at the Villa Maria Academy. After that, she studied at New York City’s Juilliard School. From there, she graduated with a Bachelor of Arts degree in the year 1974.

In 1980, Christine landed a role in the Broadway production ‘Hide and Seek’.

After that, she made an appearance in ‘Hurlyburly’ in 1984. Furthermore, she also appeared in ‘The House of Blue Leaves in 1986.

Another one of her Broadway roles includes acting in ‘Boeing Boeing’ in 2008.

Christine Baranski also portrayed the role of Diane Lockhart in ‘The Good Wife’. She gained a lot of popularity for this role.

In the year 2008, she landed a role in the musical romantic comedy movie called ‘Mamma Mia!’

In 2018, she had a role in the movie Mamma Mia! Here We Go Again. In the movie, she shared the screen along with Pierce Brosnan and Dominic Cooper.

This movie became an instant hit at the box office earning over $394 million worldwide.

For her outstanding contributions to the field of acting, she has won several awards and nominations.

Christine got an incredible 15-time Emmy Award nominations. Furthermore, she also won one of them under the category ‘Outstanding Supporting Actress in a Comedy Series’ Cybill.

Christine Baranski is a veteran and a respected actress in Hollywood.

She has an estimated net worth of around $14 million.

However, there is no information about her annual income. Her primary source of income is acting.

There are no rumors about Baranski. Similarly, there are no controversies surrounding the American actress.

Christine Baranski has a height of around 5 feet 10 inches.

Christine Baranski is not active on social media sites.

You may also like to read about the bio, career, and net worth of Kaley Cuoco, Jim Parsons, and Johnny Galecki.