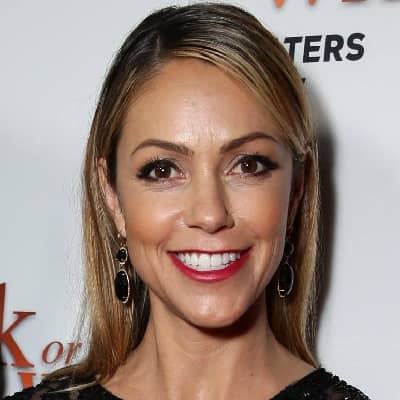 The model met Kevin in a golf course in 1980. Over a decade later in 1998, they met again at a restaurant and exchanged numbers and finally began dating. The lovely couple began dating despite a huge age gap of 20 years between them.

They tied the knot in a romantic wedding ceremony on their property in Aspen, Colorado, on September 25, 2004. Three years into their marriage, the lovebirds welcomed their first child son named Cayden Wyatt Costner on May 6th, 2007.

Likely, their second son Hayes Logan Costner was born on February 12, 2009. Their family completed with their third child girl named Grace Avery Costner, who was born on June 2, 2010.

Furthermore, Christine is also the step-mother of her four other children from her husband’s previous affairs. Kevin had three kids before named Joe Costner, Annie Costner, and Lily Costner from his past marital life with Cindy Costner.

He also has another son named Liam Timothy Costner from his affair with his ex-girlfriend Bridget Rooney.

Who is Christine Baumgartner?

Christine Baumgartner is a popular American model and a handbag designer. She is known to have worked for many brands over the years and she has also walked for many notable beauty companies.

She is also known for marring to the notable and successful movie star, Kevin Costner. They also have three children.

She was born on March 4, 1974, in California, Los Angeles, the US. Her full name is Christine Anne Baumgartner.

Her father’s name is Jim Baumgartner and her mother’s name is not known. She has a sister and brother who’s name haven’t been disclosed.

Talking about her nationality its American, and she belongs to Mixed(German and Swiss) ethnicity.

Talking about her education, she graduated from California State University Fullerton with a degree in Business.

Christine Baumgartner was interested in fashion and style from her young age. Hence she launched her professional career as a model at a young age. Apart from it, she is also an entrepreneur who established a brand of handbag collection, Cat Bag Couture.

Then in her late 20s, she started to design her own handbags. Since she was a regular computer user, she was looking for a fashionable as well as functional laptop carrier that would satisfy all her needs. Then, she decided to make some sample designs. Later, Christine collaborated with a friend named Tamara Muro and began her business in 2004.

They called their bag collection, “Cat Bag Couture”, with the initials ‘Cat’ being an acronym for Christine and Tamara. However, after some time Tamara left their joint venture due to her family obligations.

Christine then renames her business as a CBC brand, which represents her own married name, Christine Baumgartner Costner. She believes in working hard and also acknowledges that her husband’s fame enabled her brand to gather immense popularity.

Moreover, her bags are of colorful color and design make with downy materials that are comfortable in use and at the same time look classy and stylish. Christine stated in an interview that she was so surprised that all of the businesswomen carry boring black bags.

And it initiated her the idea to design such designed laptop bags. And with business success, she develops other different designs.

Furthermore, Christine has also made multiple appearances on TV. She has appeared on The Johannes B. Kerner Show, Entertainment Tonight, Inside Edition, and many more.

Christine is more popular after her relationship with often has a different public appearance with her husband.

Christine’s net worth is around $5 million. Her primary source of income is her business and modeling career.

The annual average salary of a handbag designer in the United States is $108,047.

Moreover, her husband Kevin is one of the popular celebrity with an estimated net worth of $250 Million. Hence, Baumgartner is living a luxurious lifestyle with her family.

The model has a perfect figure with a body measurement of 34-26-35 inches. Her bra size is 32 B. In addition, she has light brown colored eyes and has blonde hair.