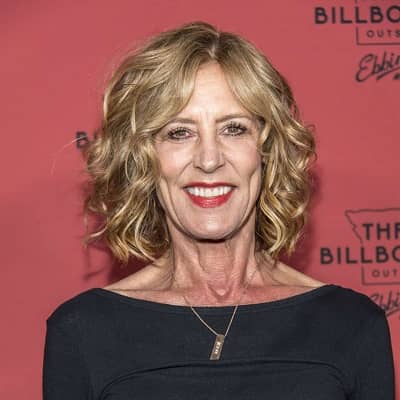 Christine got married to Thomas Schlamme on September 4, 1983. Thomas is a television director famously known for his collaborations with Aaron Sorkin.

The family now resides in Los Angeles, California, the USA.

Who is Christine Lahti?

Christine Lahti is one of the popular names in the entertainment industry, working as an actress, film director, and producer.

She has appeared in various movies like And Justice for All, Housekeeping, Running on Empty, Swing Shift, and many more.

Christine was born on April 4, 1950, in Birmingham, Michigan, United States. Her full name is Christine Ann Lahti. She was raised in the Lutheran Church.

She has three sisters, Carol, Catherine, and Linda, and two brothers, Paul Jr. and James Lahti.

She holds an American nationality and is of Finnish ethnicity.

Lahti studied Fine Arts at Florida State University. She has a bachelor’s degree in Drama from the University of Michigan, where she joined Delta Gamma sorority.

Further, she studied acting at HB Studio in New York City, as well as completing a two-year professional actor training program at the William Esper Studio for the performing arts in Manhattan.

Christine Lahti worked as a waitress and did commercials before she started her acting career. She has also written a book True Stories From an Unreliable Eyewitness which was published in 2018 by Harper Wave.

Lahti made her acting debut in 1979 with the film And Justice for All. She appeared on the big screen in the 1984 film ‘Swing Shift’. In 1987, the actress appeared in two episodes of ‘Amerika’.

The following year, she was cast in the flick ‘Running on Empty’. Then in 1989, she had a role in the movie ‘Gross Anatomy’ as well as in the TV film ‘No Place like Home’.

Lahti then featured in various movies ‘Funny About Love’ and ‘The Doctor’ in 1990 and 1991 respectively. She then played in ‘The Fear Inside’ in 1992. Three years later, she joined the cast of ‘Chicago Hope’ as Dr. Kathryn Austin. She appeared in various movies.

The actress started her directing career by the short film ‘Lieberman in Love’ in 1995. She then directed as well as acted in the movie ‘My First Mister’.

After this, Lahti joined the cast of the drama ‘Hawaii Five-0’. She gets features in the films Smart People and Yonkers, Hateship, Loveship(2013), and Mania Days(2014).

During this time, the actress also got featured in the films ‘The Steps’, ‘Touched with Fire’, and ‘Operator’. She has also built her television career appearing in Tv shows like The Harvey Korman Show, Chicago Hope, ‘The Good Wife‘, ‘The Good Fight‘, and ‘Hawaii Five‘.

She played as Grace McCallister in the TV series ‘Jack & Bobby’, Sonya Paxton in the series ‘Law & Order: Special Victims Unit’, as Laurel Hitchin on ‘The Blacklist’. After this, she acted in the TV flick ‘Love Lives On’.

Christine is a six-time Emmy Award nominee and eight-time Golden Globe nominee. She was nominated in Academy Award  Best Supporting Actress for her role in Swing Shift (1984). The actress has also won a Golden Globe Award as well as a Primetime Emmy Award for her performance in ‘Chicago Hope.

She won an Academy Award for Best Short Film, Live Action for Lieberman in Love (1995) in which she starred and directed.

She also owns an apartment in Greenwich Village. Her husband, Thomas Schlamme has a net worth of $1 million.

She has blonde colored hair with hazel colored eyes.