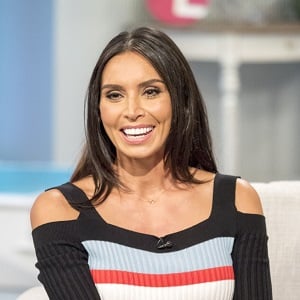 What is the relationship of Christine Lampard?

Christine Lampard previously dated Curtis Bowen. The relationship came to an end in 2003 and she dated Dublin restaurant owner Christian Stokes. Later, she got engaged in 2004. Additionally, for three years, she was in a relationship with entrepreneur Mark Beirne.

She has two stepdaughters through her marriage to Frank. Furthermore, she gave birth to a baby girl named Patricia Charlotte on 21st September 2018.

Who is Christine Lampard?

Christine Lampard is a Northern Irish broadcaster. She has worked with the BBC and ITV on several shows. Presently, she serves as a presenter of ITV’s ‘Loose Women’.

Additionally, she has also presented shows like ‘The One Show’ and ‘Daybreak’.

Lampard was born as Christine Louise Bleakley in Newtownards, Down on February 2, 1979. She was born to her mother Mina and her father Frederick Bleakley.

Additionally, she has a younger sister, Nicola. She is of British and Northern Irish nationality. Furthermore, she belongs to the Northern Irish ethnic background.

Talking about her education, Lampard studied A-Levels at Bloomfield Collegiate School. In addition, she studied a political degree at Queen’s University. However, she did not complete her degree course.

Christine Lampard initially began her career as a runner. Later, she became a floor manager. Additionally, she worked on the long-running ‘Give My Head Peace. She has appeared in several other shows as herself. In 1997, she presented the ‘Town Challenge’.

In 2003, she was the co-presenter for ‘Country Cool’ and in addition, she also co-hosted BBC Two’s ‘Let Me Entertain You. She co-presented ‘Britain’s Classroom Heroes’ in October 2009.

Lampard began hosting ITV Breakfast’s ‘Daybreak’ on 6 September 2010. She was also the co-presenter of ‘Celebrity Haunted Hotel Live’. She took part in the sixth series of ‘Strictly Come Dancing’ in 2008. Lampard is also involved in several charity works. She is a Northern Ireland ambassador for The Prince’s Trust.

To date, she has been part of several other shows including ‘Good Morning Britain’, ‘Lorraine’, ‘Loose Women’, ‘All Round to Mrs. Brown’s’, ‘Celebrity Haunted Hotel Live’, ‘Celebrity Squares’, ‘Dancing on Ice’, ‘Backchat’, ‘A League of Their Own, and ‘The Xtra Factor among others.

Lampard was awarded the ‘Top TV Host’ in November 2010 at Cosmopolitan Ultimate Women of the Year Awards.

Frank was criticized for one of his Instagram captions involving Christine in July 2017. She herself, has not been part of any notable controversies to date. At present, there are no rumors concerning Lampard and her career.

Talking about her body measurement, Christine Lampard has a height of 5 feet 8 inches (1.74 m). Additionally, she weighs around 54 kg.

She has an estimated body measurement of 35 – 26 – 36 inches. Furthermore, her hair color and eye color is dark brown.

Christine and Frank Lampard have a newborn baby girl and they have named her Patricia after his mother who died in 2008 due to pneumonia!