Posted on August 19, 2022 | In Interesting Facts , Married , Relationship
Share this 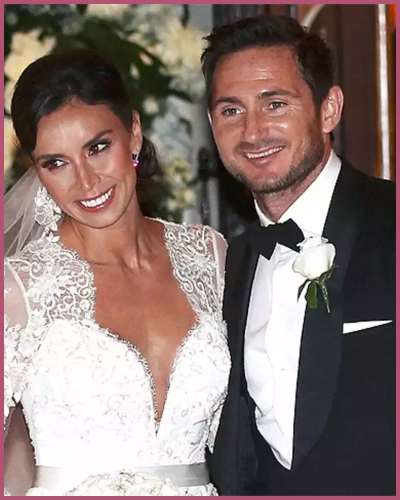 The wife of Everton FC boss, Christine Lampard who is maintaining a healthy marital relationship with her husband Frank amidst distance is visiting her husband.

She along with her kids are seeing their father after a while now in their second home Liverpool. According to her,

“He’s away more now than ever. There are people with partners on the other side of the world, so I don’t dwell on it. We make it work.”

Frank and Christine often tend to visit each other during their 4 hours drive. The couple has been living separately since January due to work but the secret is they are excited to meet each other. Christine Lampard mentioned,

“I’ve been doing this drive since Frank went in January and it can be intense. It took me four hours last time, with the two kids and the dog! But when we get there, it’s brilliant. The distance means Frank and I are still excited to see each other.”

A glance at the married life of Christine and Frank Lampard

Christine Lampard, 43, is leading a blissful conjugal life being married for 7 years now. Lorraine Kelly on ITV’s Lorraine for the summer tied the knot to former footballer Frank in December 2015

Christine knew her husband Frank when she was TV’s hottest star as host of The One Show. She met him in the year 2015 at the Pride Of Britain Awards in 2009 as Piers Morgan introduced the two.

Christine after her marriage gave up on her career to start a family,

“I stepped away because I decided to have children. I spent my twenties and thirties doing anything I wanted, but when they came along I realised it was a new chapter. I’ve turned down a lot of opportunities because it would have meant being away from home for too long.”

A successful long-distance marriage is indeed exciting if the couples are understanding. Both must be interdependent and interconnected at times.

The main perk why marriage turns out to be exciting in a distant relationship is you appreciate the time you spend together. Over time you learn to be patient with your emotions and find out ways to handle insecurities too.