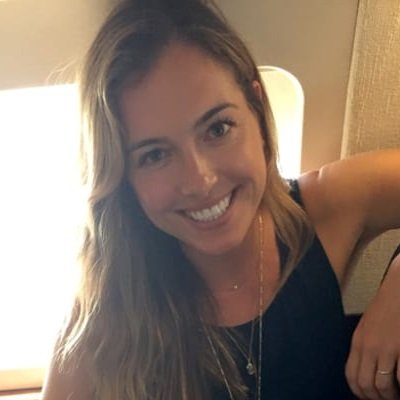 Previously, she was engaged to fisherman Christoph Albury. However, the couple called off the engagement.

Who is Christine Ouzounian?

Christine Ouzounian is a national sales executive. Ouzounian is renowned as the former nanny of the children of the actors; Ben Affleck and Jennifer Garner.

Christine Ouzounian was born on 1st April 1987 in Los Angeles, California to Debra Ouzounian. She is of British-Irish ethnicity with Armenian ancestry.

To date, he has not disclosed any details on his family background including his father and mother. However, his parents reside in Newport Beach, California.

She shares the same birth date with her twins sister, Caty. She is also a nanny and personal assistant by profession.

Moving towards his academics, she graduated from Santa Monica High School. During her High School days, she also attended school in Florence, Italy.

Later, she joined Arizona State University. From the university, she graduated with Honors in communication. Also, her mom, Debra is also a graduate of the same university.

She started her professional journey as a teacher at Head Start Academy in the Bahamas. In the academy, he worked as a teacher until December 2013.

Also, she had worked for the actor, Neil Patrick Harris, and a nanny for the twins; Gideon Scott and Harper Grace.

Following that, she became a nanny for the children of the actors; Ben Affleck and Jennifer Garner Violet, Seraphina, and Sam. As a nanny, her duties include traveling domestically and internationally, cooking healthy and organic meals.

Currently, she is working as a national sales executive for the National Commercial Services,

As of 2020, she has an estimated net worth of $500 Thousand. Also, her net worth includes the brand-new Lexus convertible.

She has blue eyes with blonde hair. She stands at a height of 5 feet and 6 inches and 62 kg. Details on her body stats are not available.

Back in 2015, there were some online sources that claimed she told her friends that she is having an affair with the actor, Affleck.

However, the actor has always denied a romantic bond with her.