Christine Taylor married actor Ben Stiller on May 13, 2000. They met while making the TV show Heat Vision and jack. Stiller and Christine Taylor appeared onscreen together in Zoolander Dodge: A True Underdog Story, Tropic Thunder, Zoolander 2, Curb Your Enthusiasm and Arrested Development. They reside in Westchester County, New York and have a daughter, Ella Olivia, and a son, Quinlin Dempsey. Both have adopted a vegan diet for health reasons.

But, on May of 2017, Christine taylor and Stiller announced that they are separating due to some their personal cause. They divorced after 17 long marriage of years.

Currently Cristine Taylor is divorced and  living her ‘Single’ life. 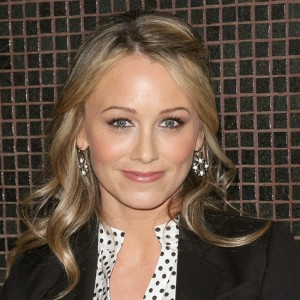 We have a new puppy and that's enough! Two babies and three dogs is enough

I looked like an alien, and in front of the most beautiful people on TV

Who is Christine Taylor?

Christine Taylor is an American actress, best known for her roles as Melody Hanson on Hey Dude, Marcia Brady in The Brady Bunch Movie, Holly Sulivan in the Wedding Singer, Matilda Jeffries in Zoolander and Katherine Veatch in Dodgeball: A True Underdog Story.

Christine Joan Taylor-Stiller famously known as Christine Taylor was born on July 30, 1971, in Allentown, Pennsylvania, U.S., to Joan, a homemaker, and Albert E. “Skip” Taylor III, who owns a security company. She grew up in neighboring Wescosville, Pennsylvania.

She has a brother named ‘Brian’ and there are no other clues about other siblings and other childhood related things. Taylor ethnicity is white and she is American by her nationality.

Christine made her acting career debut from 1989 Nickelodeon children’s television series “Hey Dude” and she worked in the series for about 62 episodes in the character of Melody Hanson until 1991. In 1991, Taylor was featured in television series like Dallas, Saved by the Bell and Life Goes On. In 1995, she was featured in television film Here Come the Munsters. The Same year she also appeared in an American situation comedy series Caroline in the City and CBS sitcom Ellen.

Christine Taylor Started her new movie career in 1993 from American Movie Calendar Girl. She was later featured in American horror film Night of the Demons 2 in 1994. She also made her presence in American comedy film The Brady Bunch Movie in 1995. In 1996, Taylor acted in The Craft and A Very Brady Sequel.

Christine Taylor’s Net Worth is estimated to be around $10 million and her salary is under review.

As celebrity fans are always wanted to know more about them also about their personal life and sometimes others too. Christine Taylor divorce with Ben Stiller, after 17 years marriage it became a huge rumor in the media and which turns to be true. And there are no such controversies to date.

Christine Taylor has got the height of 5 feet 6 inches and weighs 53 kg. Her body measurements are 34-25-34 which a perfect body a lady can have. Taylor has bra size is 34B. She has dyed blonde hair color and her eye color is blue.