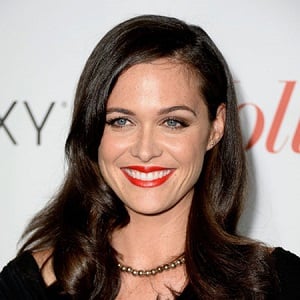 What is the relationship of Christine Woods?

Christine Woods has kept her personal life away from the media spotlight. There are no records available about her past relationships. Furthermore, at present, she is believed to be single.

Who is Christine Woods?

Woods was born in Lake Forest, California as Christine Elizabeth Woods on September 3, 1983. There are no details available about her early life and childhood. She is of American nationality. Furthermore, she belongs to a mixed ethnic background of English, Polish, Dutch, Norwegian and Irish.

Talking about her education, Woods studied musical theater at the University of Arizona.

Woods initially appeared in the TV series ‘CSI: Miami’ in 2005 as Valerie Nelson. Additionally, in 2007, she appeared as Erika in the movie ‘The Haunting of Marsten Manor.’ In the same year, she also had roles in ‘The Game’, ‘Atlanta’, and ‘How I Met Your Mother.’ Since then, she has appeared in numerous other movies and television series. All in all, she has over 50 credits as an actress.

Some other movies and television series that Woods has appeared in are ‘She-Ra and the Princesses of Power’, ‘Better Off Zed’, ‘Daddy Issues’, ‘Man with a Plan’, ‘Spaced Out’, ‘Life in Pieces’, ‘Home Again’, ‘Adam Ruins Everything’, ‘Handsome: A Netflix Mystery Movie’,Mixcdd, ‘Wild Man’, ‘Glimpses of Greg’, ‘The Odd Couple’, ‘The Catch’, ‘About a Boy’, ‘Two to Go’, ‘The Walking Dead’, ‘Bad Teacher’, ‘Go On’, ‘Table for Three’, ‘How to Be a Gentleman’, ‘Perfect Couples’, and ‘Sveener and the Shmiel’ among others.

Woods has not revealed her current salary. However, she has an estimated net worth of around $ 2 million at present.

Woods has not been part of any notable controversies in her career. Furthermore, at present, there are no rumors concerning her life and career.

Talking about her body measurement, Woods has a height of 5 feet 6 inches (1.68 m). Additionally, she weighs around 55 kg. She has a body measurement of 34-26-35 inches. Furthermore, her hair color is dark brown and her eye color is blue.