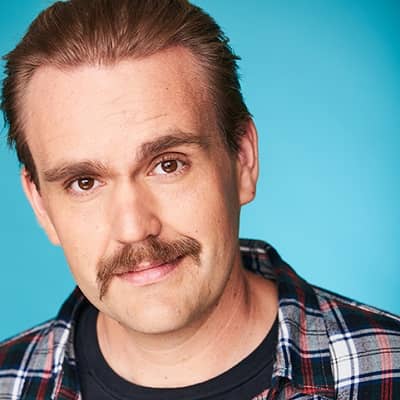 Christopher Candy’s relationship status is possibly single. He hasn’t revealed details about his wife or girlfriend.

Who is Christopher Candy?

He was born on 23 Sep 1984 with the real name Christopher M. Candy in Canada to Caucasian ancestry.

His late father John Candy was a popular actor. He passed away due to a heart attack on March 4, 1994, at the age of 43. Christopher’s mother is Rosemary Margaret Hobor.

His sister’s name is Jennifer who is also an actress and comedian.

Christopher Candy is an actor by profession. He took acting training at Groundlings, Second City, and Upright Citizens Brigade. He was seen in a Horror Thriller movie Contracted in 2014. Then in 2014, this actor was featured in a TV series Where’s This Party? (2014-2015).

His latest appearance was with a short comedy of 2020 titled To the Stones. His other screen projects were Bar America, Mystic Cosmic Patrol, Chowchilla (2019), Show Business, and more.

Christopher has also hosted shows like Neuz Pollution and Bumper 2 Bumper. At present, he is associated with a team named DAZL and perform with them.

He has a net worth of $500 thousand (estimated) in the US but his salary is unknown. His father John’s net worth was $15 million.

This actor is doing in his acting career. So, he is not surrounded by any desperate scandals or rumors.

Regarding Christopher Candy’s body features, his height and his body weight are of average size.

Candy available on social sites. He is on Instagram which has over 4k followers. His Twitter account was created in Oct 2015 and it has around 10k followers.

However, he is not available on the Facebook platform.