Christopher Ciccone is an American painter, author, and dancer. He is married.

Christopher Ciccone has been married to British hairdresser Ray Thacker. Their current relationship status and information about their children are not available. 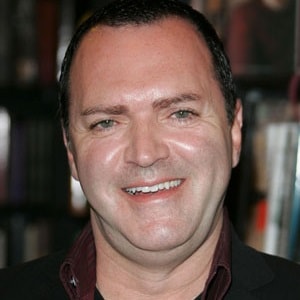 Who is Christopher Ciccone?

He was born on November 22, 1960, in Bay City, Michigan, USA. Christopher is currently 61 years old. He was given a birth name as Christopher G. Ciccone.

He holds American citizenship and his ethnicity is a mixture of Italian and French.

He attended the University in Michigan and studied anthropology and fencing.

Christopher Ciccone runs one-man art exhibitions, direction, and design of major concert tours, films, and music videos. He also works in commercial, residential, and furniture designing. Christopher has shown his paintings and photos from the east to west coast of Paris. He recently came up with his New York Times Bestselling memories, ‘Life With My Sister Madonna’.

He has designed and painted for the critically acclaimed restaurants, ‘Atlantic’ and ‘Central’ in Los Angeles. Christopher is recently designing a beachfront condominium development on Miami Beach. His furniture design was selected to be used in the New York City office of President Bill Clinton.

He served as Editor for ‘Instinct Magazine’ as well. He has shared his talents with charitable organizations as ALPA(AIDS Project Los Angeles). Christopher made himself recognized internationally through his international publications such as ‘The Evening Standard’, ‘Paris Match and Elle Paris’, ‘New York Times’, ‘Architectural Digest, and many more.

He has not provided any information regarding his salary and income. As of 2022, he has an estimated net worth of $20 million.

He has been blacklisted in Hollywood by his sister Madonna. He told that he should not have written the book ‘Life With My Sister Madonna’.

Christopher Ciccone has black hair and dark brown eyes. Other information about his height, weight, etc. are under review.

To know more about Michael Caine, Christine Pelosi, and Stephen King, please click on the link.

Famed singer Madonna’s struggles with OCD and insomnia! What has her gay brother Christopher to say about his sister’s insomnia?