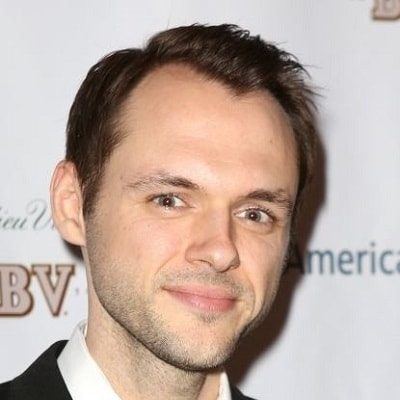 I'm lucky enough to say my day job is acting. I cut my teeth as a theater actor and playwright in New York.

His wife, Margot is the daughter of Clayton and Maureen Campbell. She graduated from the New York University Medical School, New York, USA.

The wedding ceremony was held at the New England Carousel Museum in Connecticut in the presence of family and close friends.

Who is Christopher Denham?

Christopher is famous for his performances in Shutter Island and Billions.

Christopher Denham was born in 1980 in Alsip, IL, the USA to parents David and Barbara Denham of Anglo-Saxon ethnicity.

He was so much interested in the acting field and decided to pursue his career as an actor.

He graduated in 1998 from Marist High School, Chicago, Illinois. Later, in 2002, he graduated from the University of Illinois, Champaign-Urbana.

Christopher Denham began his acting career from the film industry after portraying the role of Alex Borden in Headspace in 2005. After that, he made his appearance in the movies Two Families (2007), Blackbird (2007), The Key to Reserva (2007), Shutter Island (2010) and many more.

He became famous after playing his role of Mark Lijek in the 2012 American movie, Argo.

In 2012, he won the Hollywood Film Festival Award for Best Cast for the movie Argo.

He has brown hair and light brown eyes. He has a height of 6 ft. 2 inches.