Director-screenwriter Christopher Duddy is married and a father of four.

Christopher Duddy married two times. His first wife’s name is Renee Axotis. They exchanged vows on 21 July 1984 but are now divorced. From this married, they had two sons named Cameron and Collin.

Then on 31st Dec 1996, Dubby walked the aisle with an actress. His second wife is Joely Fisher. From this wedding, they have two children. Their first daughter, Skylar Grace Fisher-Duddy was born in June 2001.

This couple welcomed their second daughter True Harlow Fisher-Duddy in Feb 2006. Joely has also adopted a baby girl, Olivia Luna, who was born in 2008. 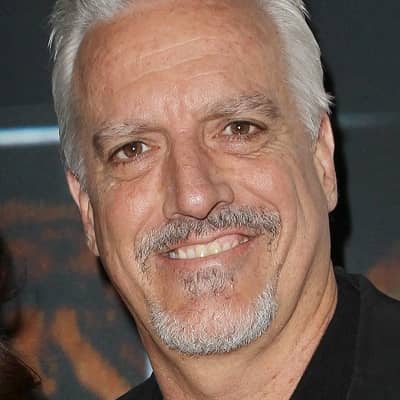 What's the difference between art and pornography...back-light.

Who is Christopher Duddy?

Christopher Duddy is an American director, screenwriter, and producer. He is also a cinematographer and is associated with projects like Cougar Club and All Souls Days.

He was born as Christopher Jon Duddy on 02 Aug 1961 in Peoria, Illinois, USA. The name of his father is unknown and his mother’s identity is also not revealed.

Moreover, his ethnic background is Caucasian. Duddy has studied photography in college.

Christopher Duddy started his professional life by working at Industrial Light and Magic which is a visual effects studio. His visual effect skills can be seen in movies like The Abyss, Total Recall, and Terminator 2.

As a producer, he has produced projects like The Wizard of Gore (2007), Cougar Club (2007), Nosferatu, and more. Duddy is also a writer and director and has shown his skills in Cougar Club, Next Door, Icky Fingers, Leaving Peoria (2001), and more.

Christopher is in the entertainment industry for more than 4 decades. Some of his other contributions are The X Files, Rent Control, Titanic, Ghost, The Blob, Innerspace, and more.

This director Christopher Duddy has an estimated net worth of $1 million as of the year 2022. But his salary and other earnings are unknown.

However, his actress wife, Joely earned a net worth of $10 million.

This filmmaker Christopher Duddy is keeping himself away from rumors. Moreover, he is also away from any desperate scandals.

But once during a filmmaking, he was tapped for two days due to a helicopter crash in Hawaii.

Regarding Christopher Duddy’s body features, his height and his body weight are of normal size. Moreover, the color of his eyes is grey and his hair is light in color.