Christopher French is a composer and American music composer, multi-instrumentalist, and producer. She is married to Ashley Tisdale.

The couple started dating in December 2012. They got engaged on August 8, 2013, and married on September 8, 2014, in a small private ceremony held in Santa Barbara, California. 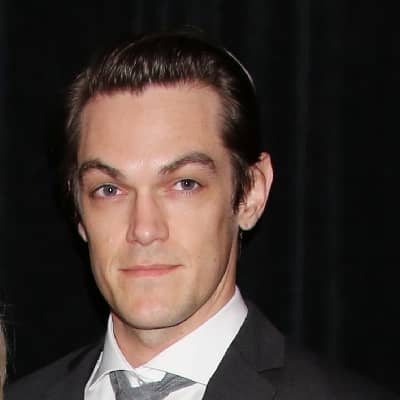 Who is Christopher French?

Christopher French is a composer and American music composer, multi-instrumentalist, and producer. He is also a lead singer of the Annie Automatic band.

He grew up in the Santa Cruz/San Francisco Bay along with his half-sister, Amber Chamberlain. The names of his parents are not disclosed.

He holds an American nationality and belongs to French ethnicity.

Christopher had a passion for music from a very young age. By the age of 12, he used to play guitar and aims to be a musician.

French attended the Musician’s Institute for Recording Engineering in Los Angeles. Later, he joined Berklee College of Music for Film Scoring and Orchestra for his further study.

Christopher French was interested in music at a young age. He used to write songs with a 4-track tape recorder in his bedroom growing up as a young guitarist. No sooner, he was part of different bands and tours.

In his early days, he used to compose and work for  Film & TV. He worked as a musician in the Tv series, Young and Hungry.

Later, he co-founded the alternative rock band Annie Automatic and was the lead singer of the band.  They released a new album of experimental electronic music at the beginning of 2018.

Further, he worked as a music composer for Summer’s Eve Commercial and even four-track tape-recorded songs. French later own his own music studio in Downtown Los Angeles named, Lady Bag Sound.

He has done music scoring in the Duplass Brothers’ HBO docu-series “On Tour with Asperger’s Are Us” & their feature film ‘Unlovable’. His other recent scoring credit includes Ryan Bliss’ Alice Fades Away, also in documentaries Nureongi and Two If By Sea. He further worked in DC & Warner Bros’ Harley Quinn series.

In 2013, he produced a song, You’re Always Here for his wife, Ashley. In 2016, French began appearing on Tisdale’s YouTube channel for her Music Sessions series. Sometimes he accompanied his wife while she sang duets too.

French is also a member of SAG/AFTRA & BMI. He is represented by First Artists Management. He now works out of his private HD recording studio, Chromatic Labs.

Through his music career, French has accumulated a huge amount of fortune. Though his net worth is unknown.

Likely, his wife, Ashley has a net worth of $10 million.

He is doing a great job with his personal and professional life. Till now he has not been in any type of rumors or controversy.

He appeared on his wife youtube channel which has more than 1.85M subscribers.