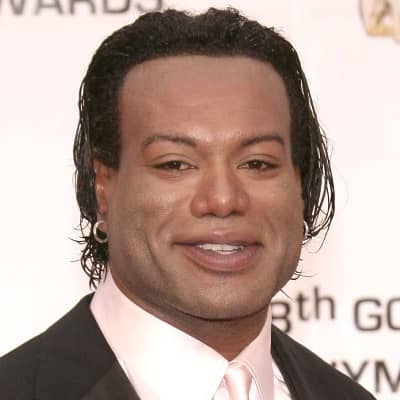 Movies, TV, sports, come and go, but what you stand for is what people remember. Mandela, Martin Luther King, John Kennedy are people who really stood for something and were willing to die for it. You don't see a whole lot of that any more.

The advice that I can give anyone wanting to be in the biz: do all the work, learn your craft. There are no shortcuts. If you stay with it, you will get an opportunity.

Truly what the Emmys are about are the machine behind them, and Oscars are the same way, where if you have a big enough machine behind you, you get nominated, because truly how many of the best performances actually win... not many.

What is the relationship of Christopher Judge?

Currently, they are happy and living peacefully together. They are appreciated by the fans. The love birds have been together for a decade. They are blessed with one child, Chloe.

Moreover, he had three children, Christopher Jordan, Cameron Judge, and Catrina Jasmine with her. His son Christopher and Cameron are professional Canadian football players.

Who is Christopher Judge?

Christopher Judge is an American film actor, writer, and voice actor who gained hype for his role on Stargate SG-1, Just Cause, and Andromeda.

Furthermore, he was nominated for a Saturn Award in the category of Best Supporting Actor in a Television Series for Stargate SG-1.

Currently, he is voicing in the action-adventure game, God of War Ragnarök which will release in 2022 for the PlayStation 4 and 5.

He has not disclosed the information relating to his father and mother. Likewise, he has a younger brother, Jeff Judge, an American actor. He wanted to become an actor from an early age.

Christopher has a mixed ethnicity of African and Cherokee. He is of American Nationality and belongs to the zodiac of Libra.

Talking about his education, he graduated from Carson High School in 1982 where he was an All-L.A. City football player. Moreover, he joined the University of Oregon on a football scholarship and was also a Pacific-10 Conference player.

Likewise, he was praised for his performance by audiences, critics, and reviewers for Stargate SG-1 (1997).

After that, he appeared in Andromeda, Stargate Atlantis, The Mentalist, Personal Effects, Snow Dogs, A Dog’s Breakfast, Anonymous, NCIS: Los Angeles, and The Dark Knight Rises.

Furthermore, he wrote four Stargate SG-1 episodes including season five’s “The Warrior”, season six’s “The Changeling”, season seven’s “Birthright”, and season eight’s “Sacrifices”. Likewise, he has also voiced Piccolo on Dragonball: Evolution, Magneto on X-Men: Evolution, Jericho in Turok,  Zodak on He-Man and the Masters of the Universe, Kratos in the 2018 God of War, and also voiced Stargate SG-1: The Alliance.

In 2002, Judge was nominated for a Saturn Award in the category of Best Supporting Actor in a Television Series for Stargate SG-1.

Similarly, he won the D.I.C.E. Awards for Outstanding Achievement in Character for his work as Kratos in God of War on February 13, 2019. Moreover, In 2019, he won the nomination for the British Academy Games Award for Performer.

Anthony has an estimated net worth of over $3M US Dollars as of 2022. He has been earning a hefty amount considering his decades of entertainment journey.

Christopher has always tried to stay out of controversies and has been successful to stray away from them.

The judge stands 6 feet and 2 inches tall and his weight is approximately 109 kilograms. He has black hair and black eyes. A deep, commanding voice and slow speech pattern are his trademarks.

Famed singer Madonna’s struggles with OCD and insomnia! What has her gay brother Christopher to say about his sister’s insomnia?

All We Need To Know about Katy Perry and Miranda Kerr’s Friendly Relationship!