Christopher Knight is a married man. He has been married to Cara Kokenes since November 2016. The pair have not welcomed any child till date.

However, the pair are living happily and sharing quality time with each other.

He proposed his third wife, Adrianne on the season finale of ‘My Fair Brady’, which was aired on November 6, 2005, and engaged with her in October 2005.

They exchanged vows in 2006 but were separated in 2013. At present, Knight is married to Cara Kokenes since Nov 2016. 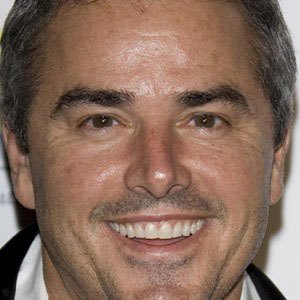 "My own family was completely dysfunctional, so I know what the appeal of The Brady Bunch (1969) was. And when kids get older, in college, for example, and they realize that all their friends watched it, and you all have something in common. You can make fun of it, or say 'God that was great!' because it was so stupid and silly. Like the Batman (1966) series. But it's a known quantity, and you can gather around it. It becomes flypaper".

Would I want my kids to watch the show, or to have watched it if I had been a father back then? My own mother told me that parents in dysfunctional families would not have wanted to face the question, 'Why isn't our family like that?' But my own mother had given up on our family. I don't buy that it was wrong to watch The Brady Bunch (1969) because it was a fantasy. It can't do any kid any harm to watch it. Yeah, I'd let my kids watch it, and have a very difficult time figuring out what else they should watch.

Who is Christopher Knight?

Christopher Knight is an American actor, comedian, and businessman. He is best known for his role as Peter Brady in the series ‘The Brady Bunch’.

He was born on November 7, 1957, in Manhattan, New York, USA. His birth name is Christopher Anton Knight and he is currently 62 years old.

His father’s name is Edward Knight(actor) but his mother’s name is unknown. He has two brothers and a sister and they are named as David Knight, Mark Knight, and Lisa Knight.

When Christopher was three years old, his family moved to Los Angeles. During that time, his father was struggling to become an actor, and also at the same time, Christopher and his brother Mark began auditioning for parts.

They began saving money for their college education. Unfortunately, only Christopher was offered parts.

Christopher holds American citizenship but his ethnicity is unknown.

Talking about his education history, he took a break from acting and pursued a degree in the computer-related course.

Christopher Knight began his career as a child actor and appeared on commercials for Tide, Cheerios, and Toyota. Then, he got the opportunity to portray the guest role on a popular television show like ‘Gunsmoke and Mannix’.

He made his breakthrough from the role of Peter Brady on the 1970s series ‘The Brady Bunch’. the show never received high ratings during its 1969-1974 first run but received later after the show became one of the most enduring and popular shows in the history of American television.

Then, he made guest appearances on television shows such as ‘Happy Days’, ‘The Love Boat’, and in films such as ‘Just You and Me’, ‘Kid’, ‘The Doom Generation’, and ‘Nowhere’. Then, he finished his studies, and at the same time, Martec, Inc. hired him as a sales manager. After that, he made the Design System Marketing and Sale’s vice president by New Image Industry.

Additionally, he joined Adesso in 1996 and became iXMicro’s Marketing Vice President. On April 17, 1994, he returned to acting and began appearing on ‘Family Jewels’, ‘Spring Breakdowns’, ‘Letting Go’, and many more. Likewise, he was ranked 20 in VH1’s list of the ‘100 Greatest Kid Stars’.

He has an estimated net worth of around $15 million as of 2022. He has earned that sum of money from the entertainment industry.

Also, he is a businessman and he has founded several companies that add some portion of his net worth.

He has been successful in maintaining his celebrity status and has not been involved in any type of rumors and controversies in his personal and professional life.

He has a height of 5 ft. 9 inches with an average weight. Christopher Knight has dark brown eyes and light brown hair.

To know more about Noah Wyle, Rachael Biester, and Johnny Stevens, please click on the link.