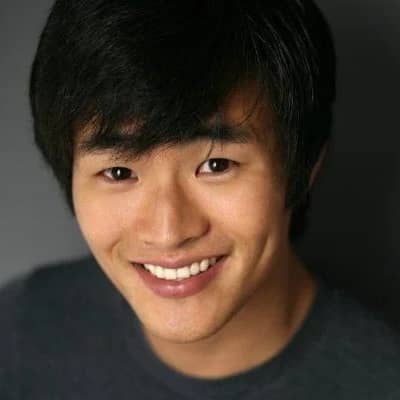 Who is Christopher Larkin dating?

Christopher Larkin is possibly single and might have engaged in at least one relationship previously. As the 100 cast is not dating anyone publicly no estimation of his romantic life can be made. His updated relationship status, marriage, and children detail will be made available in the days to come.

Who is Christopher Larkin?

Christopher Larkin is the character Monty Green of the 2004 CW series The 100. Larkin started as a theatre artist, actor, and musician.

Most recently, he appeared as Jonathan in the 2019 series Tales of the City and himself in the 2018 TV reality show GeekRockTV.

Larkin was born in Daegu, South Korea on October 2, 1987, under the birth sign Libra. The 34-year-old actor belongs to the Korean ethnicity and has American nationality.

Though the details of his biological parents are not available, he has a mother Elaine, and a father Peter Larkin who adopted him at four months old. The couple had an Irish and French-Canadian ethnicity. He has a sister named Ashley Larkin.

Growing up in Hebron, Connecticut, he has an influence on his father’s Irish culture. He became a competitive Irish step-dancer throughout his youth and later started acting while playing in middle school’s drama program. Meanwhile, he also played the guitar that his grandfather gifted him.

Regarding education, he enrolled in RHAM High School before graduating from the Greater Hartford Academy of the Arts in 2005. After that, he attended Fordham University’s campus at Lincoln Center in New York City and graduated with a theatre degree in 2009.

Larkin debuted with the lead role in the 2001 Hallmark Hall of Fame film Flamingo Rising. He then got an uncredited role as Kim in the 2005 film Strangers With Candy and Cashier in the 2006 film The Big Bad Swim.

His theatre credits begin with the role of Robbi Walker in the 2007 theatre Back From The Front. Following the role, he landed roles in theatres such as Always Family, Kafka on the Shore, When Last We Flew, Futura, The Sugar House at the End of the Wilderness, Fast Company, Oblivion, and Nomad Motel.

Larkin has released songs like Round And Round, Only a Fool, and albums like The Happiest Album Ever Made. He has had collaborations with Julien, Grey Blues, and Carry Hatchet.

Back in 2011, Larkin became the founding member of the band D’Artagnan with friend Wade Allain-Marcus. Their first studio album was A-side whose song Confession won the 2012 Red Bull Soundstage Competition. Eventually, it got selected as the soundtrack of the film We Made This Movie.

Larkin has a net worth of around $ 1 Million as of 2022, and makes a good income out of an acting career. However, his annual salary and weekly earnings are not transparent. He definitely lives a luxurious life, consumes high-quality brands, and rides cars.

Christopher Larkin has successfully managed to keep a low profile out of unnecessary rumors and controversies that hinder his growth in his acting and musical career.

Larkin is active on Instagram with the bio Songs that only my mother listens to which has 560k followers on it. Additionally, he has around 260k followers on Twitter but is unavailable on Facebook, TikTok, and YouTube.