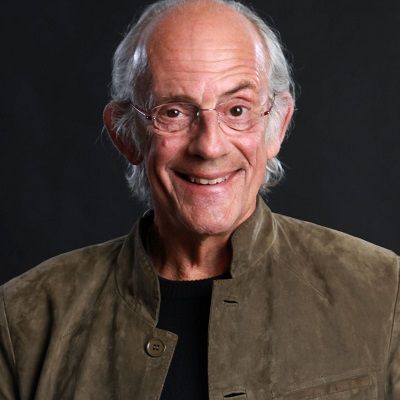 Here was another guy who, okay, he was a toon, but he was also just so evil. So evil. I mean, dipping the little shoes and other little toons into the dip? He was just nasty. And, of course, I loved the makeup. That outfit I wore, the glasses, the whole look of it. It was a lot of fun to play. Yeah, that was great. And working with Bob Hoskins and, again, Bob Zemeckis. I've been lucky.

I was shooting a film in Mexico City that I'm not sure ever came out. But it was shooting in Mexico City, and I was kind of implanted there, focusing on that, when my agent sent me the script for Back to the Future. I scanned it, but I wasn't terribly impressed, mostly because I'd been offered the chance to go back East and do a play at the Long Wharf Theater in New Haven. I'd be playing Hans Christian Andersen - I grew up with Danny Kaye. And Colleen Dewhurst, an amazing, wonderful actress, was going to be my mother in it, and I just thought, "I need to go back to my roots." So I just dismissed the Back to the Future script. And then a friend who was with me at the time said, "My mantra has always been to never leave any stone unturned." In other words, whenever someone has an interest in you, whatever it is, at least check it out. So based on that, I flew back to Los Angeles, met Bob Zemeckis, and the rest is history.

Christopher Lloyd is married to Lisa Loiacono. Lisa is a real estate agent by profession. They were married on the 23rd of November 2016.

Previously, he was married to screenwriter, Jane Walker Wood on the 21st of February 1992. Their married lasted for 13 years. Prior to that, he married Carol Ann Vanek in 1988. However, they separated after three years.

Before that marriage, he was married to actress Kay Tornborg. They married in 1974 and divorced in 1987.

Lloyd was first married to Catharine Dallas Dixon Boyd on the 6th of June 1959. They parted their way after 12 years of marriage.

Who is Christopher Lloyd?

American Christopher Lloyd is an award-winning actor. Lloyd is renown as Uncle Fester Addams of the movie, Addams Family Values.

Next, in 2020, he will be appearing in Nobody. He will be contributing voice for the character of Grandpa in Untitled Lani Pixels Project.

Christopher Lloyd was born Christopher Allen Lloyd on the 22nd of October 1938, in Stamford, Connecticut, USA. His father, Samuel R. Lloyd is a Lawyer by profession. His mother, Ruth Lapham Lloyd was a singer. She died at the age of 88 in 1984.

Lloyd has five siblings. His brother, Sam Lloyd Sr. is an actor by profession. They are of Welsh ancestry.

-Lloyd started his career with summer theatre in New York as an apprentice. At the time, he was taking an acting class Playhouse School of the Theatre. Later, in 1969, he debuted with the play Red, White and Maddox in broadway. In the early ’70s, he earned Drama Desk and Obie awards for his work on Theater.

– In 1975, Christopher debuted in Movies through the American comedy, One Flew Over the Cuckoo’s Nest directed by Miloš Forman as Max Taber, a psychiatric patient. The movie was based on the novel Ken Kesey who won 5 Oscars for Best Actor, Actress, Director, Writing and Best Picture.

-After the movie, he featured in numerous TV series and TV movies. However, the TV series, 1983- Taxi turned out to be one of his milestones. In the series, he played the character of Reverend Jim Ignatowski. The character was born in Spokane has an often-unreliable memory. Altogether, he appeared in 84 episodes.

-In 1985, he was cast in Back to the Future as Dr. Emmett Brown along with the actors like Michael J. Fox, Lea Thompson, and Crispin Glover. The movie won 19 awards along with 1 Oscar for the best sound effects. In the same year, he played the character of Clue. In the movie, he played as Professor Plum. The movie is based on a murder mystery.

He has an estimated net worth of $50 million US which includes a house in Montecito which costs  $11 million US in 2013 which later dropped to $6.5 million US. In 1997, he again brought a house that cost $1.6 million US along with his ex-wife Wood.

He has brown eyes with light hair. His height is 6 feet and 1 inch.