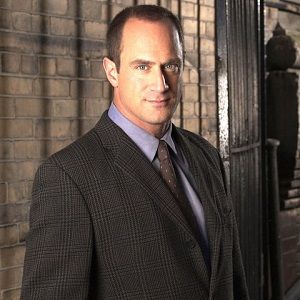 I had no expectations about fatherhood, really, but it's definitely a journey I'm glad to be taking. Number one, it's a great learning experience. When my mother told me it's a 24/7 job, she wasn't kidding.

My first thought when I came here was that I understood why there are so many great Irish writers - because there is something mystical in the air. There's always this cloudy, moody sky and it's challenging.

It ain't easy to break out of a mold, but if you do your work, people will ultimately see what you're capable of. Too often, people find it easier to make assumptions and stick with what they believe. They put you in a place and it makes their job easier. The good people constantly search for something different.

Christopher Meloni is a married man. Currently, he is in a marital relationship with Doris Sherman Williams. Doris is a production designer. The couple dated for a while before getting married.

Doris has been supportive of his career since day one. The beautiful couple tied the marital knot on July 1, 1995. Since then the lovebirds have been living with joy and prosperity.

Together, they have two children. Both of them are born from surrogacy. They are Sophia Eva Pietra and Dante Amadeo. Sophia, being the eldest was born on March 23, 2001. Later on January 2, 2004, their second child, Dante was born. Till now, they have survived this marriage for more than two decades.

As of now, they reside in Los Angeles, California.

Who is Christopher Meloni?

He is an American national. Till now, he appeared in films like “12 Monkeys”, “Beef,” “Man of Steel,” and others. Presently, he is a prominent figure for his performance in the NBC show, “Law & Order: Special Victims Unit.”

Additionally, he is most famous for his role in the police drama television series, “Oz.” Similarly, he is also known for the television show, “True Blood.”

He was born Christopher Peter Meloni on April 2, 1961. He was born in Washington in the District of Columbia, USA. He has a mixed ethnicity of half Italian and half French-Canadian.

The name of his mother is Cecile Chagnon. Similarly, his father’s name is Charles Robert Meloni. Both of his parents are passed away. He spent his early life in Virginia as he went to school there. He spent his childhood in a very loving environment.

As per his education, he attended St. Stephen’s & St. Agnes School. Afterward, he enrolled at the University of Colorado for further studies. Later in 1983, he graduated from there with a degree in History.

Christopher Meloni is one of the top actors in the industry. Previously, he also used to work as a worker in construction sites, as a bouncer, trainer, and bartender. As per his acting career, he made his TV debut in 1989.

He played in a show, “1st & Ten” from 1989 to 1990. Similarly, he played the role of ‘Ren Weston’ in a TV film, “When Will I Be Loved?” in 1990. Afterward, he acted in lots of TV series and movies. They are “The Fanelli Boys,” and “Dinosaurs.” He debuted in a feature film, “Clean State” in a minor role in 1994. Soon after, people started appreciating his talent. Subsequently, he got offers from a ton of TV shows and films.

Additionally, he is also famous for his performances in films. Some of his mega movie projects are “Man of Steel,” “42,” “Wet Hot American Summer,” and “Snatched.”

Currently, he receives a lot of money as a salary for his acting in films and TV series. Consequently, he has made an estimated approx. He has a net worth of around $30 million but his salary is unknown.

Moving towards his body measurements, Christopher Meloni has a height of 6 feet or 1.83 meters.

While his eye color is blue, his hair color is dark brown. Similarly, he weighs around 90 kg.