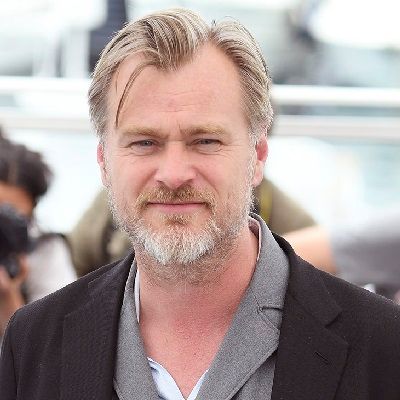 Christopher Nolan is married to his college sweetheart, Emma Thomas. His wife is a producer by profession.

The couple first met with each other in University College London. At the time, Nolan was 19 years old. After dating for a decade, he married Emma in 1997. However, the detail regarding his wedding is still behind the curtains.

Who is Christopher Nolan?

British-American Christopher Nolan is an Academy Awards winning-director, producer, and writer. He is renowned for his works in movies like Interstellar, Memento and The Prestige.

His upcoming Sci-fi project, Tenet is waiting to be released in August 2020.

Christopher Nolan was born as Christopher Edward Nolan on the 30th of July 1970 in Westminster, London.

His father, Brendan James Nolan was a creative director whereas his mother, Christina Nolan-Jensen was a flight attendant by profession.

He has two brothers, Matthew and Jonathan Nolan. They are of British-Irish ethnicity. His elder brother, Matthew is a convicted criminal whereas his younger brother, Jonathan is screenwriter and producer.

Since childhood, he was fascinated with the idea of making a film. At the age of seven, he started making short films with his father’s camera. In the short, he would cast his brother, Jonathan. Later, he became determined to be a professional filmmaker when he was 11 years.

Talking about educational background, In 1993, he graduated from the University College London with honors in English literature. Prior to that, he completed his High School education from Haileybury and Imperial Service College.

After graduating, Christopher Nolan started his career as a script reader and camera operator. Later, in 1998, he debuted as a director with the movie, Following. He was also a co-producer of the movie.

In 2014, he directed the movie, Interstellar. Besides the direction, his production works including Transcendence and Justice League. Also, he contributed his script to the movies like Inception, The Dark Knight Rises, and Dunkirk.

Till the date, he has not been through any sort of controversy that created a buzz in the media. Similarly, there are no rumors linked with him.

Christopher Nolan has blue eyes with auburn hair. His height is 5 feet 10 inches and weighs around 74 kg.

You may also read the bio of Gavin O’Connor, Éric Bruneau, and Tod Williams.