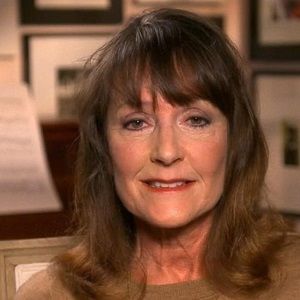 Chrystie Jenner is single. She has been married twice. At first, she married Bruce Jenner now Caitlyn Jenner on 15th December 1972. They began dating in 1970 and married after two years. Later, they divorced from each other on 2nd January 1981. Likewise, they have two children Burton Jenner and Cassandra Jenner.

After that, she married Richard Scott on July 10, 1982. Similarly, she shared a strong love connection with Richard for 14 years but they parted their ways in 1996. Since then there is no news of her other relationship.

Who is Chrystie Jenner?

Chrystie Jenner is an actress famous E! True Hollywood Story, SST: Death Flight and The Mike Douglas Show. Similarly, she is known for being the ex-wife of Bruce Jenner who has been identified as Caitlyn Jenner after the sexual transition.

She was born on 30th November 1949 in the United States of America as Chrystie Crownover Scott. There is no information about her parents and siblings. Similarly, she holds the American nationality but her ethnicity is unknown.

Talking about his education, she attended a private school in the United States and completed her education.

She is an American actress and a producer and has worked on can’t stop the music, The fall guy and Jack and Jill. Similarly, she has earned an appearance in several television shows and movies. At first, she was noticed in the television show called The Mike Douglas Show.

Later she secured an appearance in a television movie named SST: Death Flight in the year 1977. Likewise, she also made her latest appearance in E! True Hollywood Story which was a 1996 documentary series. Her ex-husband now Caitlyn Jenner is a gold medal-winning decathlon champion. Furthermore, Caitlyn turned a national hero with all these wins and was honored in various ways by his country.

She has not received any awards and nominations yet.

She has not revealed her salary and income but she might earn a huge amount of money. Her ex-husband Caitlyn Jenner has the estimated net worth of $100 million.

Chrystie Jenner likes to keep her life away from the media. She has not been to any big rumors and controversy yet.

Talking about her body measurements, there is no information about her height and weight. Similarly, she has blonde hair color with black color eyes.