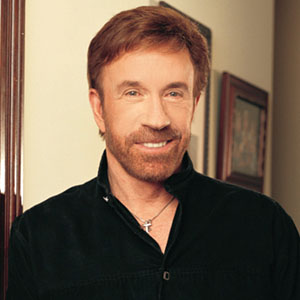 Violence is my last option.

What is the relationship of Chuck Norris?

Chuck Norris is happily married to Gena O’Kelly. Gena O’Kelly is a former model and actress.

They were married on the 28th of November 1998 and have two children, twins Dakota Alan and Danilee Kelly (born 30 August 2001).

Previously since 29th December 1958, Chuck was married to Dianne Holechek. Their child was born in 1963 and in 1989 they divorced.

While Chuck was still married to Dianne Holechek, he has an extramarital affair with another woman. From this extra affair, he became the father of a daughter named Dina in 1964. He met his daughter Dina when she was 26.

Who is Chuck Norris?

Chuck has starred in such action films as the return of the Dragon and Missing in Action. He also starred on the hit TV series Walker, Texas Ranger.

On Veterans Day 2019, Carlos Ray Chuck Norris is quoted as saying ‘Remembering Veterans is Not Enough.’

What are the birth facts of Chuck Norris?

Chuck Norris was born on 10 March 1940 in Ryan, Oklahoma, United States of America. His ancestry consists of English-Irish-Scottish-Welsh-German and Native Cherokee -American origins.

He was born to Wilma (nee Scarberry) and Ray Norris, who was a World War II Army Soldier, mechanic, bus driver, and truck driver. Chuck was named after Carlos Berry, his father’s minister.

He has two younger brothers, Weiland (1943-1970; killed in Vietnam) and Aaron ( a Hollywood producer). When Norris was sixteen, his parents divorced, and he later relocated to Prairie Village, Kansas, and then to Torrance, California, with his mother and brothers.

The oldest of three boys, Chuck Norris once described himself as “the shy kid who never excelled at anything in school”.

Chuck Norris attended “North Torrance High School” and was raised by his mother.

When he was 18 years old he joined United States Air Force as Air Policeman. He was sent to Osan Air Base in South Korea and there he became fascinated with tangsudo. He also served at the March Air Force Base and then in 1962, he received an honorable discharge.

To express his talent in martial arts, he opened karate schools in several parts of the United States. Initially, his start in martial arts was poor but later in 1967, he won the match against Lewis, Skipper Mullins, Arnold Urquidez, Victor Moore, and much more.

In 1972, he portrayed the role of Colt in the movie “Way of the Dragon”. In 1984, he appeared in the movie Missing In Action and the next year in Missing in Action 2: The Beginning.

In 1969, Chuck became the Champion of Karate’s Triple Crown. In 1969, he made his acting debut by starring in the movie “The Wrecking Crew”.

-Airman First Class, 15th Air Force along with other US War and Military Awards

…and an inconclusive list of awards and recognition from Hollywood.

How much is the net worth of Chuck Norris?

Chuck has auburn hair with blue eyes. His height is 5 feet 8 inches and weighs 77 kg. His shoe size is 9(US).