Talking about his love life, Chuck Zito was in a married relationship with his high school sweetheart, Kathy. After dropping from higher school, Zito married her and as per the report, they had a daughter whose details are still missing. 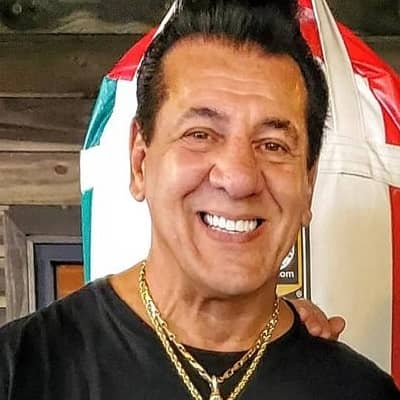 Who is Chuck Zito?

Moreover, he is the past president of the New York chapter of the Hells Angels.

Chuck Zito was born on 1 March 1953. At present, his age is 68 years old. Likewise, his birthplace is The Bronx, New York City, New York, the USA.

Chuck is the son of his father, Charles Zito Sr. whereas his mother is Gloria Frangione. Moreover, he has two siblings as well whose details are not mentioned in the public. His dad was a professional welterweight boxer.

Talking about his nationality, Zito holds an American Italian identity whereas his ethnicity is Italian.

Regarding education, the professional boxer learned to fight and defend himself at an early age. He dropped out of high school at the age of seventeen.

Being a motorcycle lover, Chuck made the New Rochelle Motorcycle Club that collaborated with the Ching a-Ling Nomads. He left the Nomads and became a part of the Hell Angeles. However, he quit the Hell Angels as well in 2005 to concentrate on his acting journey.

The superstar followed his father’s footsteps and became an amateur boxer. Additionally, Zito fought in New York Golden Gloves as well. He then began his own bodyguard agency in 1980 named Charlie’s Angels Bodyguard Services. In the beginning, he started providing security for actress Lorna Luft and afterward he worked for Liza Minnelli.

Zito then stepped his mark as a stuntman appearing on films like Year of the Dragon, Hudson Hawk, and The Rock. Likewise, he joined the HBO prison drama OZ as mobster Chucky Pancamo. Chuck appeared in many stunt works and acting in movies such as 15 Minutes, This Thing of Ours.

Furthermore, the boxer then performed on the 11 January 1999 edition of WCW Money Nitro supporting Hollywood Hulk Hogan to the ring. Chuck was also seen with Cuba Gooding Jr. and Dwayne Johnson at the Lennox Lewis Vs. Mike Tyson pre-fight party on 8 June 2002.

A multi-talented superstar, Zito has earned a massive amount of money from his multiple profession and lives a lavish lifestyle.

It is reported that Chuck Zito has an estimated net worth of $2 million.

However, the prominent personality has not disclosed his exact salary, earnings, and assets details till now.

Chuck Zito filed a case against the cable network FX in 2010 for $5 million claiming that he had a development meeting with them in 2006. He alleged that FX blew him off and then stole his concept which became the FX show, Sons of Anarchy.

The court gave a judgment that was against Zito on 11 December 2011.

Other than that, Chuck has never been part of any controversial matter or rumors till now.

68 years old star, Chuck has a huge muscular body and athletic complexion. He stands at a height of 5 feet 11 inches. Also, he has a balanced body weight of 95 kg.

Furthermore, Zito has brown eyes whereas his hair is black.

Nevertheless, the boxer has never mentioned other physical details in the public yet.

Regarding his social media presence, Chuck Zito is an active personality on social media. Chuck has more than 71.5k followers on his official Instagram account @officialchuckzito.

Moreover, Zito is also available on Facebook with nearly 79k fans and supporters.