Updated On January 20, 2023 | Published By: Leena
Share this
Single 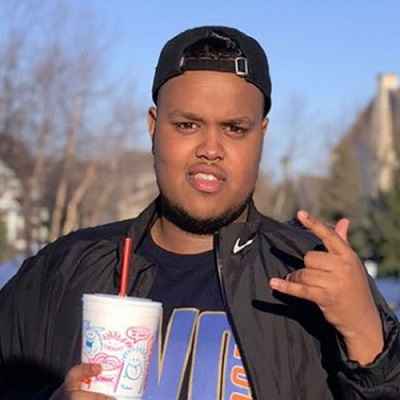 Is Chunkz Single or in a relationship?

As he prefers to keep his personal life private, he has not shared anything regarding his romantic connections.

Chunkz is an English YouTuber, host, entertainer, and former musician.

As of June 2021, his YouTube channel has over 1.8 million subscribers and 142 million video views.

As of now, he is 26years old. Talking about his nationality, he holds a British identity.

He has three older sisters and a brother. He is a Muslim.

Furthermore, he has not disclosed anything regarding his family background and educational qualification.

His early YouTube videos included vlogs as well as challenges, pranks, and other fun activities with his pal Sharky.

He collaborated with Yung Filly in a duo and contributed to YouTube channels.

In 2019, Chunkz joined the Beta Squad, a YouTube collaboration with four other YouTubers: Sharky, AJ Shabeel, Kenny, and Niko Omilana.

In March 2018, he and Michael Dapaah assisted in the introduction of a voice app created for the Google Assistant for train ticket retailer Trainline to help with rail route planning.

Mohammed released his first rap track and music video, “Clean Up,” alongside Yung Filly, in March 2020.

In October 2020, he and Yung Filly released their second single and music video titled “Hold” to follow up on their initial hit.

Amin announced his retirement from music in May 2021 owing to his religious beliefs.

Chunkz was confirmed as the co-host of Sky Sports Saturday morning show #SaturdaySocial in September 2020.

That same month, he was named a co-host for the extreme sports tournament The Aphetor Games, which features next-generation content creators.

He will co-host the 2020 MOBO Awards alongside Maya Jama in December 2020.

Due to his religion, he announced that he was retiring from music in May 2021.

As a Youtuber, Chunkz has an estimated net worth of $527.87 thousand.

Other than this, his other source of income is brand promotion, sponsorship, and many others.

Chunkz has never been a part of any controversy yet.

Throughout his professional experience, he has maintained a clean profile to the public as of now.

Currently, there are no rumors regarding his professional career.

Chunkz stands tall at a height of 6 feet and weighs around 95 kgs.

He has a light-dark complexion with a pair of Black eyes and Black colored hair.

He is often seen wearing a cap.

He has garnered a huge fan following on Instagram with over a 2.9million followers under the username @chunkz.

He has gained huge numbers of subscribers on YouTube with 2.23million, where he has uploaded 218 videos as of now.