Cicely Tyson became a mother at the age of 17 years old. She married Kenneth Franklin on 27 December 1943 at the age of 18 years. However, the star divorced formally in 1956.

After that, Tyson started dating jazz trumpeter Miles Davis in the 1960s. There was a rumor that Davis pursued to marry her after his divorce, but he tied the knot with singer Betty Davis.

But, their relationship started again in 1979, and later married on 26 November 1981. their wedding ceremony was loud due to Davis’ temper and infidelity. Sadly, they separated on 29 April 1988.

Tyson was the godmother of singer Lenny Kravitz and was good friends with his mother, actress Roxie Roker. 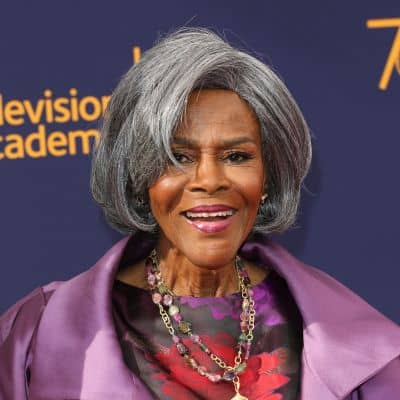 Who is Cicely Tyson?

Cicely Tyson was a well-recognized American actress, model, and author. Tyson is widely famed for her role in The Autobiography of Miss Jane Pittman, The Help, How to Get Away with Murder, and Moon on a Rainbow Shawl.

Cicely Tyson was born on 18 December 1924. She died at the age of 96 years old. Likewise, her birthplace was Harlem, New York City, the USA.

Cicely was the daughter of her father, William Augustine Tyson whereas her mother was Fredericka Tyson. Moreover, she had two siblings as well named, Issac Tyson and Sandra Tyson.

Talking about her nationality, Tyson held an American identity whereas her ethnicity was African-Nevisian.

Regarding education, the star had not revealed her academic background to the public. She might have completed her graduation from the university of the town.

Tyson passed away on 28 January 2021 at the age of 96. Her funeral ceremony was held at the Abyssinian Baptist Church in Harlem on 16 February. It was attended by Tyler Perry, her grandson Lenny Kravitz, and Bill and Hillary Clinton.

Her memoir, Just As I Am was released on 26 January 2021. She promoted it during the last weeks of her life. She stated that She had done best when questioned about how she wanted to be remembered.

Professionally, Cicely began her career as a successful fashion model. She debuted in the acting industry on the NBC television series, Frontiers of Faith in 1951. Likewise, she appeared in her first movie in Carib Gold in 1956. Tyson performed small roles in the 1959 films Odds Against Tomorrow and The Last Angry Man.

The actress then featured in the original cast of French playwright Jean Genet’s The Blacks. Cicely won the 1961-1962 Vernon Rice Awards for her role in another off-Broadway production, Moon on a Rainbow Shawl. She also became a cast of the CBS TV series, East Side/West Side featuring the role of a social worker.

Additionally, in the mid-1960s, Tyson featured in a recurring role in the soap opera, The Guiding Light. She also featured alongside Sammy Davis Jr. in the film, A Man Called Adam. Cicely got high recognition from her role as Rebecca Morgan in the movie, Sounder. Eventually, she was nominated for both the Academy Award and Golden Globe Award for Best Actress.

In 1989, the star performed in the television miniseries, The Women of Brewster Place. She also featured in Fried Green Tomatoes and Sweet Justice. Similarly, in 2010, Tyson featured in Why Did I Get Married Too?. In 2013, the actress performed the supporting role in the horror film, The Haunting in Connecticut2: Ghosts of Georgia.

Lastly, she had featured in the popular movie A Fall From Grace in 2020.

Cicely was one of the stars who earned many awards and recognition in her lifetime. She earned an Academy Award, three Emmy Awards, and a Tony Awards. Likewise, she also won three Primetime Emmy Awards for her role in television winning for, The Autobiography of Miss Jane Pittman.

The star also earned a Kennedy Center Honor in the year 2015. She received a Career Achievement Peabody Award in 2020. Also, she was inducted and gained a Star on the Hollywood Walk of Frame in the year 1997.

Adding to it, Cicely received the Golden Plate Award of the American Academy of Achievement in 1980. In the year 2018, the star was inducted into the American Theater Hall of Fame.

Late actress, Tyson had earned a massive amount of money from her profession. She was active in her profession from the year 1948 till 2021.

It is reported that Cicely Tyson had an estimated net worth of $10 million.

However, the prominent star had not disclosed her exact salary, earnings, and assets details.

Cicely was never been part of any controversial matter or rumors. She had maintained a good balance between her professional and private life.

96 years old, Cicely had beautiful looks and an admirable personality. She stood at a height of 5 feet 3 inches. Also, she had a balanced bodyweight of 57 kg.

Furthermore, Tyson had black eyes whereas had hair was black.

Nevertheless, the prominent had never mentioned other physical details in the public.

Regarding her social media presence, Cicely Tyson was not an active personality on social media.