Cillian Murphy is the most nominated Irish actor at the Irish Film and Television Awards. He is the only actor, who was did villainous roles to play Christopher Nolan's Batman movie series. 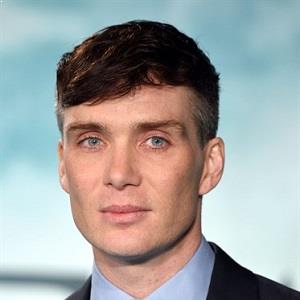 I'd probably have been wealthier if I had stayed with law, but pretty miserable doing it.

It's basically lazy journalism if they say I'm the new Colin Farrell. This thing about heat, it's all just hot air.

I've a very, very close-knit group of friends from Ireland. They and my family are the most important things to me.

Cillian Murphy is a married man. He is married to Yvonne McGuinness. Yvonne is a visual artist. He is four years elder than him. They first met in 1996 when she joined the team of Corcadorca Theatre Company.

The pair dated several years before finally tying the knot. Cillian proposed to her in Ireland while hill-walking.

The wedding ceremony took place on 1 August 2004. The couple has two children from the relationship, Malachy, and Aran born in Sweden.

Who is Cillian Murphy?

Cillian Murphy is a Golden Globe nominee Irish actor. He is recognized for his role as Dr. Jonathan Crane (Scarecrow) in the ‘The Dark Knight Trilogy’.

Additionally, he also portrays the role of Thomas Shelby, the lead role of the brilliant BBC gangster series ‘Peaky Blinders’.

Cillian Murphy was born in Douglas, County Cork on May 25, 1976, to Brendan Murphy.

His father was a school inspector whereas his mother was a French teacher.

Additionally, he has a younger brother, Páidi Murphy, and has two younger sisters: Sile Murphy and Orla Murphy. His brother Paidi is a design engineer.

During his childhood, he played guitar for different bands. Murphy was a vegetarian during his early years.

He knows how to speak English, French, Gaelic, and Irish.

Talking about his education, Murphy graduated from the Presentation Brothers College, a School in Cork, Ireland. In addition, he was enrolled in University College Cork. However, he later dropped out from there to pursue his career in acting.

Cillian Murphy initially made his professional acting debut in Enda Walsh’s ‘Disco Pigs’. Later, he also starred in numerous other theatre productions including Shakespeare’s ‘Much Ado About Nothing’ and ‘Juno and the Paycock’ among others.

In 1998, he appeared in ‘Sweety Barrett’. Next, in 1999, he appeared in ‘Sunburn’ as Davin McDerby. Similarly, Murphy also portrayed the role of Rag Rookwood in ‘The Trench’. Since then, he has appeared in numerous other movies and television series. All in all, he has over 50 credits as an actor.

Some other movies and television series that Murphy has appeared in are ‘The Delinquent Season’, ‘Dunkirk’, ‘The Party’, ‘Free Fire’, ‘Anthropoid’, ‘In the Heart of the Sea’, ‘Transcendence’, ‘Broken’, ‘In Time’, ‘TRON: Legacy, ‘Perrier’s Bounty’, ‘The Edge of Love’, ‘Red Eye’, ‘Cold Mountain’, ‘The Way We Live Now, ‘Disco Pigs’ and ‘Watching the Detectives’ among others.

Apart from his acting career, Murphy is also active in the music world. He pursued a career as a musician in his late teens and early twenties.

Additionally, he is also active politically in Ireland.

He also appears as a DJ on BBC Radio 6 Music.

Cillian Murphy has come in the spotlight in the last few years with his role of Tommy Shelby in ‘Peaky Blinders’. Peaky Blinders is one of the most loved and highest rated BBC shows of today. It is a show based on post-war Birmingham and gangsters there. Murphy’s acting in the series so far has been beyond brilliant.

In total, the series has five seasons at present and the producers have planned it for further two seasons. He stars in the series alongside other popular actors and actresses including Tom Hardy, Paul Anderson, and Helen McCrory.

Murphy garnered the Golden Globe Award nomination in 2006 for his performance in ‘Breakfast on Pluto’ in the category of Best Performance by an Actor in a Motion Picture – Comedy or Musical.

Additionally, he also won the Awards Circuit Community Award in 2008 and IFTA Award in 2007.

All in all, he has 6 wins and 36 nominations to his name.

Cillian Murphy has not revealed his current salary. However, he has an estimated net worth of around $20 million at present.

There is a rumor going on which suggests that Murphy might play as the next James Bond. Fans are very excited to see that happening as Cillian’s acting is top-notch. However, the rumor still remains a rumor as there is no confirmation. Although Murphy is not directly involved, ‘Peaky Blinders’ has attracted several controversies along its way over the years.