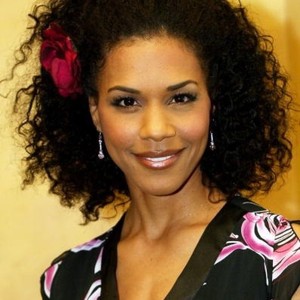 Reflecting on a personal life of Cindy Herron, she is married to Glenn Braggs. They got into a married relationship in the year of 1994 after getting to know each other better.

She has all total of four children namely Donovan Andrew Braggs, Natalie Braggs, April Braggs, and Jordan Braggs. She doesn’t have any extramarital affairs and there isn’t any rumor on the separation of her married life. She is living a happy life with his husband and children.

Being a celebrity, her stuff is always a matter of concern and due to lack of information about her personal life, her fans are curious to know more about him.

Who is Cindy Herron?

Multitalented and beautiful Cindy Herron is an American famous singer, songwriter, and actress. She is best known as the member of one of the world’s best-selling girl groups of all time En Vogue. She is also known as an actress and debuted as Valerie in ‘Up and Coming’ in 1980.

Tall and beautiful Cindy Herron was born in San Francisco, California on 26 September 1961 and named as Cynthia Ann Herron. She is of African American ethnicity and has an American nationality.

There isn’t much information regarding her parents and siblings. Her personal life isn’t in the limelight as her career path is.

Cindy Herron has begun her career journey since 1980. In the beginning, she started out as a member of girl group En Vogue. En Vogue original group members include Cindy Herron, Dawn Robinson, Terry Ellis, and Maxine Jones. The song which she sang as the lead vocal including ‘Lies’ and ‘You Don’t Have To Worry’ reached at number 1 on Billboard’s Hot R&B/Hip-Hop Songs chart.

Their second album ‘Funky Divas’ sold over 3.5 million copies in the United States. She signed with the Pyramid Records in July 2014 and released An En Vogue Christmas in November 2014. She has won Miss Black California in a beauty pageant as well as Miss San Francisco of 1986.

Besides her singing career, she is also an actor who has worked in different television series and movies. She debuted from the PBS television drama Up and Coming portraying the character of Valerie in 1980. She has worked as the main cast in movies like ‘Wally and the Valentines’ and ‘If Love Hadn’t Left Me Lonely’. She has also worked in theater as the main cast of ‘Dreamgirls’ portraying the role of Deena Jones in 2007.

Cindy Herron: Salary and Net Worth

here is no information regarding her salary and net worth.

Unlike other celebs, she hasn’t been in rumors but suffered controversies with her girl band En Vogue.

Cindy Herron has a height of 5 feet 6 inches. Her body weight is not known. Besides this, she has black hair and black eyes.