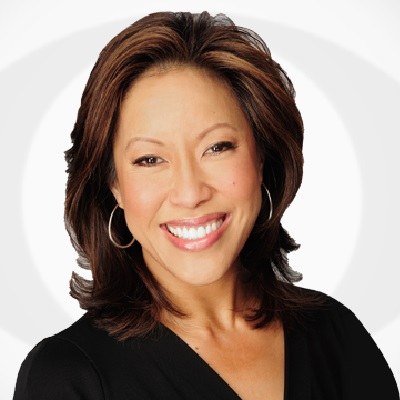 Cindy is not in a relationship with anyone. But she has one adopted daughter. Her name is Rosey.

Who is Cindy Hsu?

Cindy Hsu was born in Honolulu, Hawaii, United States, on May 6, 1966. Her birth sign is Taurus.

She graduated with a degree in Communication Sciences, from Virginia Tech, Blacksburg, Virginia, United States.

Since 1993, Cindy served as a reporter and an anchor for CBS-TV. She is a news presenter alongside Andrea Grymes for the weekend morning. Prior to that, she anchors for the morning and noon two times a day as well as 5:00 pm newscasts.

Previously, she is working with WTVR-TV Richmond, in Virginia. After that, she moved to the WTOV-TV, in Ohio. She is also worked with several agencies or TV such as WFRV-TV in Green Bay Wisconsin, CBS2, related to WCBS-TV.

Cindy is also active in various social work and community services. She involved in the Advisory Board of APEX, this organization helps young people who need guidance.

She is a Board of Directors of the Museum of Chineses in the Americans and Juvenile Diabetes Research Foundation. Besides, she is engaged in several campaigns to help children who are suffering from AIDS and HIV. Plus, she is also a former president of the Asian American Journalists Association.

Cindy earned an award title Reporter of the Year from the NY & NJ, which is Asian-American Law Enforcement Organization.

She won the New York AP Broadcasters Award for Best Feature from her adoption storybook, Bringing Rosie Home. It was also nominated for an Emmy Award.

Cindy received an Emmy Award for her News single hard story, Smuggled from China, this story uncovers the dangerous situation of Chinese refugees from the Golden Venture ship as well as cover the Snowstorm of 1994.

She received several awards like the Golden Apple Award by American Women in Radio and TV and the Friends of Adoption Award from the Adoptive Parents Committee.

As a news anchor and reporter, her average salary is around $70 k US.

Cindy has dark brown eyes and brown hair. Her height is 5 feet and 5 inches and weight is 55 kg.