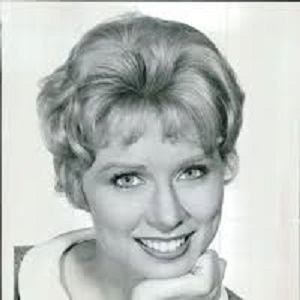 Cindy Robbins is currently single. She was previously married to Robert Chenault from 1983 to 2009. The demise of Robert led her to live her single life.

Previously, she was married to Tommy Leonetti on November 27, 1965, in Beverly Hills. He was a New Jersey singer-songwriter.

They all moved to Sydney and lived there for the remainder of the 1960s and for most of the 1970s. Later, they returned to America in the late 1970s. Unfortunately, Tommy died in 1979.

She has a daughter named Kimberly Beck (actress) born in January 1956, in Glendale, California. However, her biological father is still unknown.

Who is Cindy Robbins?

Cindy Robbins is an American television actress and producer/writer. She is best known for her role in ‘I Was a Teenage Werewolf’ in 1957, ‘ABC Weekend Specials’ in 1977, and ‘This Earth Is Mine’ in 1977.

She is active in the film career since 1955.

She was born on January 5, 1937, in Hammond, Louisiana, USA. She is currently 83 years old. Her birth name is Cynthia Robichaux. Her father’s name is Louis Robinux but information about her mother is missing.

Robbins holds American citizenship but her ethnicity is unknown.

Talking about her education history, she has not disclosed any information about her college and institution’s names.

Cindy Robbins began acting on television from the episode ‘Moonfire’ in 1995 of the television series ‘Brave Eagle’. She appeared as a ballerina in the ‘Bullets and Ballet’ episode of ‘Tightrope!’. She also appeared as Carol Porter on the sitcom ‘The Tom Ewell Show’ from 1960 to 1961.

Cindy appeared in television in comedy shows like ‘Father Knows Best’, ‘The Adventure of Ozzie and Harriet’, ‘Leave It To Beaver’, and dramas like ‘Westinghouse Desilu Playhouse’, ‘Tightrope’, and ‘Dragnet’.

Cindy Robbins is also the writer and producer of ‘BC Weekends Specials’, and a ‘CBS Schoolbreak Special’. She also wrote for the TV cartoon series ‘Heathcliff & the Catillac Cats’ in 1984.

She has an estimated net worth of around $2.5 million which she has earned from her professional career. Cindy also owns over 2,647 units of Salesforce.com Inc stock whose worth is over $498,797.

The talented actress has not been involved in any type of rumors and controversies in her career to date.

Cindy Robbins has dark brown eyes and dark brown hair. Other information regarding her height, weight, body measurement, etc. are not available.

To know more about Brenda Bakke, Mary Badham, and Brooke Adams, please click on the link.