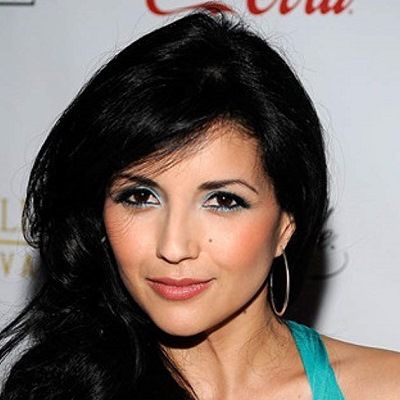 Cindy Vela and actor Kiefer Sutherland started dating in 2014. They kept their relationship a secret for many years. The couple eventually announced their engagement in 2017.

Who is Cindy Vela?

Cindy Vela is an American model, actor, and saxophonist of Mexican descent. She is well known for her performances in films such as ‘Black November’ and ‘Endgame.’

Cindy Vela was born in Brownsville, Texas, the United States on January 4, 1979. Her father’s name is Fred Vela and her mother’s name is Lupita Vela.

Ever since she was a kid, she was interested in music. It was at the end of her fifth grade in school that she first thought about joining the school band. She wanted to learn instruments such as the flute and the clarinet.

Cindy Vela has a brother namely, Freddy Vela. Cindy holds American citizenship, but her ethnicity is unknown. Her birth sign is Capricorn.

Talking about Cindy’s education history, she graduated from ‘Los Fresnos High School’ and enrolled at the ‘University of Texas at Brownsville and Texas Southmost College.’

Then, she joined the college band at the ‘University of Texas.’ Hence, she graduated with a BA degree in music education.

Talking about her profession, during 2000, Cindy Vela decided to enter the ‘Miss Latina’ beauty pageant, and for that, she needed to send a few photographs. She found a photographer who agreed to shoot the photos for free.

Following a few more offers, she moved to Los Angeles. During the early years of modeling, she appeared as a brand ambassador for many popular brands, such as ‘Motorola,’ ‘Wells Fargo,’ and ‘Kellogg’s.’ A product shoot for the popular ‘Special K’ cereal required her to wear a dress designed by ace designer Ximena Valero.

This massive start in modeling made it easy for her to start a career in acting. The video became an international sensation, and as a result, Cindy received interview requests from many international media outlets, such as ‘Herald de Paris.’

Cindy Vela also appeared in the film ‘Camino’ the same year, playing a small role as a news reporter. While her acting career has mostly remained low-key, she has had a thriving modeling career. She has been on the covers of magazines such as ‘Bella Petite’ and ‘L’Estilo.’

Popular artist George Yepes has had Cindy as his muse for many of his artworks. In addition, Cindy has also appeared in music videos for artists such as Daddy Yankee and Carlos Santana.

This model has an estimated net worth of around $1.6 million and she has earned that sum of money from her professional career.

To date, she has not been a part of controversy and rumor. She is far from rumors and controversies.

Cindy Vela has a height of 5 feet 3 inches and her weight is unknown. Her hair color is black and her eyes color is brown.