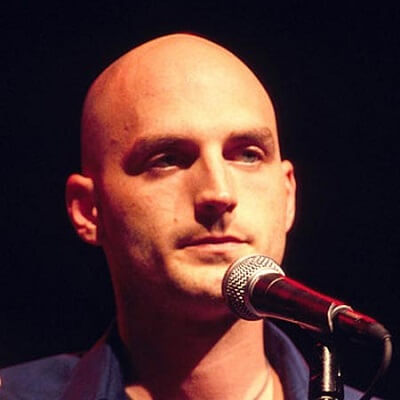 What is the relationship of Cinjun Tate?

Cinjun Tate is currently single. Previously, he was married to the American actress, Alyssa Milano. Milano is well-known for her works in ‘Who’s the Boss?’, ‘Melrose Place’, ‘Charmed’, ‘Mistresses’, ‘Insatiable’, and more.

The couple exchanged wedding vows on 1st January 1999, on the occasion of New Year’s Day.  However, their marriage did not even last a year. They got divorced on 20 November 1999. They did not have any children from their marriage.

Since his divorce with Milano, Tate has remained single. Milano is now married to the Hollywood talent agent, Dave Bugliari with whom she has two children.

Cinjun Tate is an American singer-songwriter and guitarist. He is popular as the vocalist of the band, ‘Remy Zero’. Moreover, he is also famous as the ex-husband of Alyssa Milano.

Cinjun Tate was born August Cinjun Tate on May 25, 1970, in the USA. As of 2022, his age is 52. He has not revealed anything about his parents. He has one brother named Shelby Tate.

Shelby is also a singer-songwriter and guitarist like his brother, Cinjun. Both of the brothers were the founding members of the band, Remy Zero and later founded another band, Spartan Fidelity.

He has not revealed anything about his childhood. His ethnicity is Caucasian.

There is no information about his educational qualifications. He has not revealed which school or college he went to or what he studied.

Cinjun Tate formed the band, ‘Remy Zero‘ with some other members in 1989. Other members of the band included Shelby, Gregory Slay, Cedric LeMoyne, Jeffrey Cain, and Louis Schefano. The band was originally from Alabama but moved to Los Angeles to record their debut album.

Their self-titled album, Remy Zero received some recognition. After that, they released their second album, ‘Villa Elaine’ which was more successful than their first album. The band’s third album, ‘The Golden Hum‘ also made them famous.

Cinjun and his brother, Shelby created their own band, Spartan Fidelity in 2004. So far, they have produced one album, Excava-11.

As of 2022, Tate has an estimated net worth of around $500k. His source of income is his career as a singer-songwriter and musician. Several of his band’s songs were used in different movies. Also, a 50-second version of their song, ‘Save Me’ was used as the theme song of the popular TV series, ‘Smallville’. He also owns a house in New York City.

There is no information about his annual salary. An average musician in America earns around $42k a year.

Tate has brown hair but he keeps preferring his head shaved all the time. He has blue eyes. There is no information about his height and weight. Moreover, he has not revealed his body measurements.

You may also like to read the Bio, Career, Net Worth, Body Measurements, Social Media, Relationships, and more about Alyssa Milano, Dave Bugliari, Takeoff, and more.