American TV and film actress who has appeared in various films and television series. 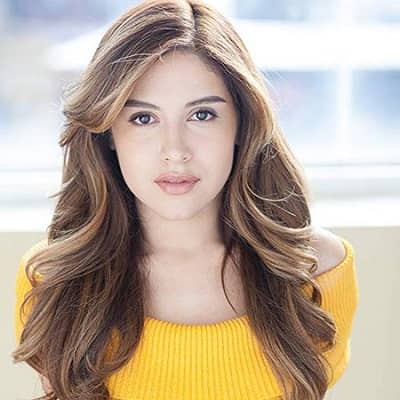 As per the sources, she has not been dating any man which is good news for male fan followers. Further, there is no past relationship, marriage, and divorce. If she is in any relationship she has kept a secret and not revealed anything about her love life. As for now, we might consider her to be a single woman who is yet to tie the knot.

Who is Cinthya Carmona?

Cinthya Carmona is an American TV and film actress who has appeared in various films and television series. Likewise, she is famous for ‘Brandie’ in the Hulu original series, East Los High, and ‘Sophie Cardona’ in the 2017 hit Netflix series, Greenhouse Academy.

She grew up with her Venezuelan father and Colombian mother in Miami, Florida. Likewise, she has not revealed any information about her siblings. She hardly talks about her parents. Maybe, Cinthya does not want her family to get involved in the media which could lead to unnecessary rumors and controversies.

She is of American and Venezuelan nationality and her ethnicity is Mixed (Venezuelan, Colombian). Similarly, her birth sign is Capricorn. Talking about her education, she completed her education at the Speiser/Sturges Acting Studio situated in Los Angeles, California.

Cinthya began her career with the name Cinthya Bornacelli. She made her professional debut in the Tv series El Vacilon from 2009 till 2010. Moreover, she has portrayed the role of Sophie Cardona in the 2017 hit Netflix series, Greenhouse Academy. Her role in the series got huge recognition and much loved by the audiences and critics. She has acted in many TV series that includes:

and many more. Besides, TV series she has acted in the 2013 film Ambushed in the role of the character Ashley. Similarly, she also appeared in the movie ‘Skin in the Game’ as Imelda. Some of her movies are:

Of all her acting, movies, and dedication, why not she has a net worth of around $1M. Likewise, she is a dedicated and hardworking person who is trying to mark her place in the Showbiz industry.

Talking about her awards and accolades, she has not bagged any till now.

There are no rumors and controversies about her personal life or professional life. Likewise, Cinthya is a dedicated and respected personality who tries to mark her place in the showbiz industry.

Cinthya stands 5 feet and 4 inches tall and weighs around 50 kg. Similarly, she has a slim-shaped body with 34-23-36 inches of measurements. She has dark brown hair and dark brown color eyes.