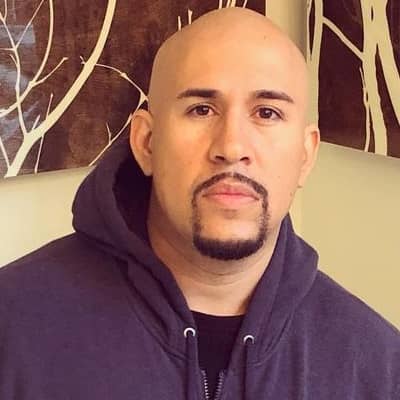 Cisco Rosado’s current relationship status is possibly single. He hasn’t introduced anyone as his girlfriend or lover as of now. Although, he is a father of two.

Cisco has two children a son named Cisco Rosado Jr. and a daughter named Tianna from his relationship with a fellow reality TV star, Tasha. At the same time, Rosado was also dating Diamond Strawberry so, Tasha break up with him.

Who is Cisco Rosado?

Cisco Rosado is a music executive, entrepreneur, and record producer. He is best known as the cast member on seasons five through seven and ten of Love & Hip Hop: New York.

The name of his mother is Maggie Galan whereas her father’s identity is still under review. He once revealed in an episode of LHHNY that his older brother had been murdered in the streets.

Further, his academics background is under the curtains at the moment. Talking about his nationality, he holds American citizenship and he belongs of Puerto Rican descent.

Cisco made his television debut through the VH1 reality television series Love and Hip Hop: New York which was premiered in the year 2011. He first appears as a guest star in season three and later joined as the supporting cast in season five.

In season five, he ended his relationship with Diamond Strawberry and he started develops an interest in Cyn although she gently rejects him. Similarly, he began dating Moe Money in season six however, he ends up cheating on her with Mariahlynn. Altogether he starred in 42 episodes in the show, Love & Hip Hop: New York. Later on, he returned as a supporting cast member in season four of Love & Hip Hop: Hollywood.

Moreover, he is currently the Chief Executive Officer of CMG Entertainment, a New York-based entertainment firm focused on a variety of multi-media projects.

In July 2017, Rosado was rumored to have been arrested. He posted the picture where he was wearing an orange jail jumpsuit with a caption saying the prison guards were big fans of Love & Hip Hop.

Cisco has accumulated an impressive amount of fortune through his multiple profession as a music executive, entrepreneur, and reality TV star. As of 2021, he has an estimated net worth of $3 million.

Rosado has a muscular body physique with an impressive height. He stands at the height of 5 feet 8 inches tall. Likewise, his weight is about 90 kg.

Moreover, he has a dark brown pair of eyes and he is bald.

Moreover, he shares his e-mail id [email protected] for any business inquiries.