Updated On November 22, 2022 | Published By: Marc Surne
Share this
Married 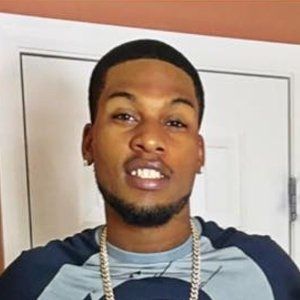 Quick Facts of CJ so Cool

Relationship Facts of CJ so Cool

What is the relationship status of CJ so Cool?

CJ so Cool is married to blogger Royalty. They were in relationships for the long term so they decided to marry.

They have three children out of the two are daughters, they are from Royalty’s ex-relationship.

The couple is enjoying their love life and it seems they are made for each other. There is no sign of divorce because they have a strong bond in their relationships.

Who is CJ so Cool?

Talking about his early life, CJ so Cool was born on March 29, 1989, in Gray, Indiana, US.  His real name is Cordero James Brandy.

He spent his childhood with his brother Anthony “Jinx” Brady in Las Vegas. There is no information about his parents.

He belongs to American Nationality but there is no information about his ethnicity. To support his family attended summer jobs.

Before he uses to have fewer subscribers and 35,000 views. His brother helped him to uplift his youtube page and his brother also increased the quality of the video.

He has also worked as a poker dealer and casino craps. He began to post the reaction video on Pranks. He has also made some videos titled ‘Try not to laugh’.

With the help of his brother and his girlfriend, he reached great success on Youtube. After he reached many subscribers he started to upload his vlogging videos every week.

He has a net worth of $3 million but his salary is unknown.

Talking about the rumors and controversy, he has been in controversy when he posted a video on youtube where he went to a drug store and bought a Laxative to keep on his children’s food. After the food was consumed by his children he started to laugh when they used the restroom.

He has received a judgment from  Scare, Drama Alert, Pyrotechnical, and Blastphamouse HD TV  for the case of child abuse and poisoning.

He has also announced that his Youtube channel was hacked by someone.

Moving towards his body measurements he has a good height of 6 feet and his weight is 76 kg. He has Black hair color and his eyes are black.

Bipasha Basu, a successful actress not just known in the Bollywood but also in the Hollywood for her Relationship Affairs, Breakups, Marriage..!!

Meet The King of Rock and Roll, Elvis Presley! Click to know about the legendary Hollywood star