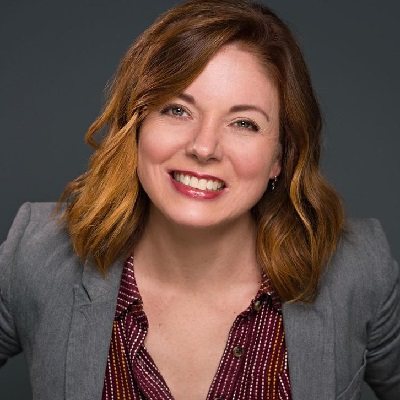 Claire Bronson is happily married to Scott Poythress. Her husband, Scott is an actor by profession. They got married on the 28th of August 2004.

Being a private person, the couple likes to keep on details on their wedding and relationship behind the curtains.

Who is Claire Bronson?

American Claire Bronson is an Award of Commendation- nominated actress, director, and producer. She is renowned as Marjorie Saubers of Mr. Mercedes, Susan Blake of Ozark, and Mrs. Chapman of Just Mercy.

Last, in 2020, she appeared in the movie, Greenland as Debra Jones.

Next, in 2020, the actress will appear in the short, Joyriders as Agent Lisa Hayes. Her upcoming movie, Electric Jesus is completed and waiting to be released. In the movie, she is portraying the character of Rebekah.

Till the date, she has not shared any details on her family background including her birth date, mother, father, and siblings.

In 2003, Claire Bronson started her career as an actress with the short, Join The Resistance: Fall in Love. Later, in 2005, she debuted in the movie with the film, Stomp! Shout! Scream! In the musical-horror movie, she is portraying the character of Theodora.

The following year, she became the part of the movie, Psychopathia Sexualis. However, her scenes were deleted from the movie. Later, she featured movies like The signal and Monster Beach Party.

Following those movies, she became part of the TV series like Drop Dead Diva, My Super Psyychi Sweet 16, Necessary Roughness, and Reed Between the Lines in some minor roles.

After that, in 2013, she made her appearances in the movies; A.C.O.D. and Congratulations! Since 2015, she has mostly appeared in the series. Some of her famous series include Powers, Outcast, Mr. Mercedes, and The Outsider.

Last, in 2020, she became a part of the movie, Greenland. The disaster movie was directed by Ric Roman Waugh. In the movie, she portrayed the character of Debra. The budget for the movie was $34 million. However, the box office collection of the movie was $10.2 million. Currently, she is busy with her upcoming movie projects.

Besides that, she also makes through her production and direction works too.

Till the date, she has not been involved in any sort of controversy and scandals that created a buzz in the media. Besides that, she has managed to maintain a distance from any type of rumors too.

Claire Bronson has blue eyes with brunette hair. She stands at a height of 5 feet 6 inches and weighs around 62 kg.

You may also read the bio Robert Russell, Sandra Denton, and Kat Cunning.