Claire Holt is a well-recognized Australian actress, television personality, and model. She is married to Andrew Joblon. She is the mother of two children.

Claire Holt is a married woman. She is married to a real estate executive Andrew Joblon. The couple got engaged on 3 December 2017. Likewise, they married on 18 August 2018. Earlier, Claire mentioned on her Instagram, she had suffered a miscarriage on 5 March 2018.

The actress then announced her pregnancy news on 11 October 2018 and on 19 November, she revealed she was expecting a son. The couple had their first son in March 2019. Moreover, they welcomed their second child as a daughter in September 2020.

They got separated soon and Holt also filed asking for her name to be changed from Kaplan back to Holt on 2 May 2017. 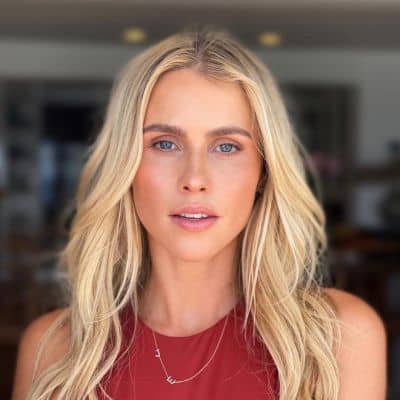 I am the opposite of boring, but I'm a little reckless, and I'm not against taking risks, and I think I'm always down for an adventure.

Show me how you dance and I will know where you are from.

It's nice to be able to directly speak to fans and thank them for their support. The only time that it can get tricky is when they are unkind or say things that may not be so easy to say if they weren't behind a computer. Bullying is never ok. I personally have only experienced it very infrequently so overall I enjoy Twitter and Instagram but I'm definitely aware of it.

Who is Claire Holt?

Claire Holt is a well-recognized Australian actress, television personality, and model. Holt is widely famed for her role as Emma Gilbert in H20: Just Add Water, Samara Cook in Pretty Little Liars, and so on.

Moreover, she is also popular for featuring in the character of Rebekah Mikaelson on The CW series, The Vampire Diaries, and its spin-off series, The Originals.

Claire Holt was born on 11 June 1988. At present, she is 33 years young star. Likewise, her birthplace is Brisbane, Queensland, Australia.

Claire is the daughter of her father, John Holt whereas her mother is Anne Holt. Moreover, she has a brother and two sisters.

Talking about her nationality, Holt holds an Australian-American identity whereas her ethnicity is English, Irish.

Regarding education, the actress completed her graduation from Stuartholme School in Toowong. Holt even has a black belt in Tae-Kwon-Do.

Claire started working on commercials while she was studying in high school. She had dreamed of being a doctor which she changed later on. Holt earned the role of Emma Gilbert in the Network Ten children’s television series, H20: Just Add Water, where she was in her late teens.

The actress in advance left the show after season 2 to start her film career. Holt then featured in her debut movie, Messengers 2: The Scarecrow, a supernatural horror movie that was released in 2009. Two years later, Claire, worked in the television movie, Mean Girls 2 portraying the role of Chastity Meyer.

Holt also performed in the TV series, The Vampire Diaries featuring the role of Rebekah. Likewise, Claire bagged the main role in the film, Blue Like Jazz. In 2015, the star featured in Aquarius, a period crime drama television series that received the Critics Choice Television Award for Most Exciting New Series. Sadly, the series got canceled after two seasons in 2016.

A famed personality, Holt has earned decent money from her profession. She has been active in her profession from the year 2005 till the present.

As per celebritynetworth, Claire Holt has an estimated net worth of $1 million as of 2022. She lives a lavish lifestyle with her family.

Claire has never been part of any controversial matter or rumors till now. The actress has been preoccupied with her professional and private life.

It seems that Holt prefers enjoying her personal life and does not want to merge it with her professional life.

33 years young star, Claire has beautiful looks and an admirable personality. She stands at a height of 5feet 9inches. Also, she has a balanced body weight of 60 kg.

Furthermore, Holt has blue eyes whereas her hair is blonde. Her body measurement is 34-25-34 inches(chest-waist-hip) respectively.

Regarding her social media presence, Claire Holt is an active personality on social media. Claire has more than 7.1 million followers on her official Instagram account @claireholt.

She is also active on Twitter with around 1.6 million followers.

Moreover, Holt is also available on Facebook with nearly 2.4 million fans and supporters.