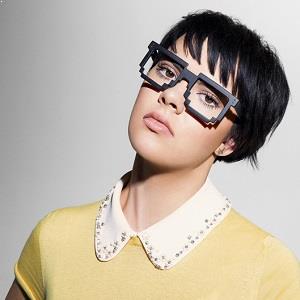 Claire Rachel Wilkinson has not shared the information relating to her personal life.

There are no records of any relationship affairs that she has been involved in throughout her career. At present, she is believed to be single.

Who is Claire Rachel Wilkinson?

Claire Rachel Wilkinson, commonly known as Clarity is an American singer and songwriter signed to Lava Records. She released her debut single, ‘Sharks in the Swimming Pool’ on March 17, 2015.

Wilkinson was born in the United States in 1997. Throughout her childhood years, she was as raised in White House, Tennessee. She began taking voice lessons at age eight.

Additionally, she became interested in the world of music since her childhood years and began writing poetry and short stories in junior high school, and shortly after, taught herself to play the piano. She is of American nationality. Furthermore, there are no details regarding her ethnic background at present.

Talking about her education, Wilkinson was homeschooled. Before that, she also sang in her school’s choir.

Wilkinson worked on the single ‘Renaissance’ with DJ Steve James in 2016. The song amassed over 4 million plays on Spotify in a month reaching #1 on both Spotify Global Viral 50 & US Viral 50. In addition, the song hit #1 on Hype Machine. Some of her other singles include ‘DNA’, ‘Broken Things’, ‘Love In The Light’ and ‘Words like Weapons’ among others. At present, she is working on her debut album with the likes of Fraser T Smith, Robopop, Kevin Kadish, and Nathan Chapman.

Wilkinson has not revealed her current salary. Additionally, there is no detailed information relating to her estimated net worth at present.

Wilkinson has successfully kept her life away from the mainstream media spotlight. To date, she has not been part of any notable controversies. Additionally, currently, there are no rumors concerning her life and career.

Talking about her body measurement, there is no information available about Wilkinson’s height and weight. Her hair color is black and eye color is dark brown.